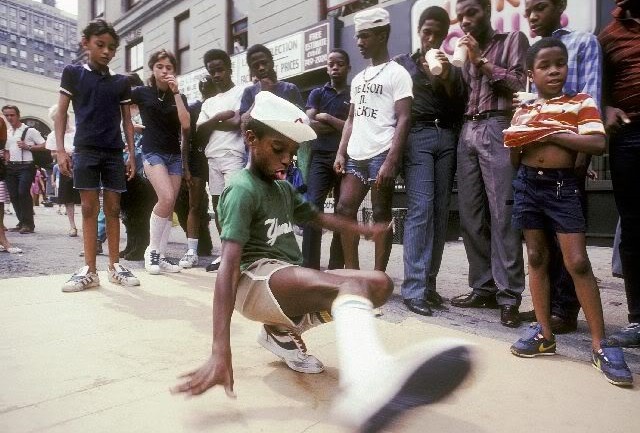 EVERYBODY STREET, directed by Cheryl Dunn, showcases some of New York City’s famed street photographers – artists who capture the art of everyday life. EVERYBODY STREET follows several of the world’s most famous street photographers at work, including Bruce Davidson, Jill Freedman, Bruce Gilden, Rebecca Lepkoff, Mary Ellen Mark, Jeff Mermelstein, Ricky Powell, Boogie and many others.  Dunn’ film also explores the social implications of street photography in the city over the past several decades.

Dunn, a documentary filmmaker and photographer herself, interviews these photographers to find out what motivates them and why they create the work that they do. SFF’s Christine Labbe had the chance to ask Dunn about her process, her inspirations for the film, and what the city streets mean to her.

Christine Labbe: What drew you to the idea of making a film about street photographers? What was it about New York City photographers that was particularly interesting?

Cheryl Dunn: I was asked by a museum in lower Manhattan to come up with a film idea that could play within an Alfred Stieglitz exhibition. I wanted to make a film about photographers who had followed in his footsteps and gone out and created substantial bodies of work about the streets of NYC. In the last century, New York certainly has had the biggest tradition of street photography in the world along with London. One of the things about NY that makes it interesting for me is the way the light is here. Manhattan is a small island surrounded by water. Skyscrapers of glass and steel, tons of people in concentration. Light is bouncing everywhere, people are on top of each other, crazy scenes unfold before your eyes. It’s ripe for street photographers. All of these things have inspired generations of photographers to go out there and try to capture it. And it still does. 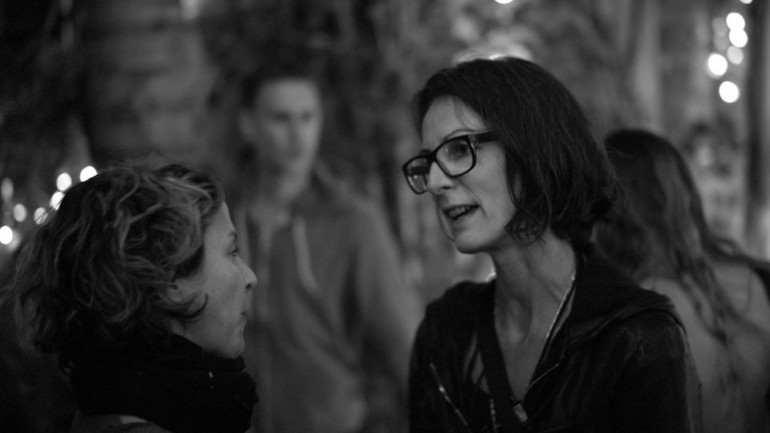 CL: A lot of the photographers in the film mentioned photography as being a way of freezing time. As a filmmaker, do you see any similarities between the art of filmmaking, which captures moving moments, and the art of photography, which freezes them?

CD: I love them both and I feel they both inform each other. In this project, they are very equally utilized and the stillness of how I showed the artist’s photographs statically, embedded in the often frantic, handheld film camera footage, seems to balance the experience.

Very early in my career, I did more photography, but when I started to make films myself, I always incorporated the still image, and I think visa versa – my still photographs have always been infused with motion, and actually breaking the frame when I did start to make film was very liberating.

CL: The work of the photographers featured in the film spans many decades. Was there something about their photographs from the past that particularly interested you?

CD: I personally love history, and I studied art history in college. We are often presented with history in a dry way, but there is so much to learn from history. If you look at Rebecca Lepkoff, who is 98, she was punk rock in the 1930’s and 40’s and still is. I wanted to present her with aggressive music and draw the parallels to what being radical in the 30’s was to being radical in the 70’s or 80’s. I also wanted to take advantage of the opportunity to speak to living artists who may not have spent much time in front of the camera. It’s not really part of American culture to respect your elders as much as we used to, but if you make history cool and exciting, hopefully younger people will be engaged. Knowledge that comes from attention to history is invaluable.

CL: What was it like following these photographers on the streets while they did their work?

CD: It was important to me to have living artists who could speak about their practices personally, and I took advantage of their willingness to let me film them in their element out on the street. I wanted the film to be more about the psychology of street shooting so that people who knew a lot about photography would be engaged as much as people who didn’t. I shot a lot of 16mm film to thread the sections together like a moving street photograph that takes us from scene to scene and also gives us air to breath amongst all of these still images.

CL: You’ve spent a lot of your career documenting the city streets, much like these photographers do with their photographs. What is it about the streets that draw you to them for your work?

CD: I think it starts with the thought that this is a moment of time that I want to keep for the future, that I want to share, that what you are looking at is memorable, funny, or tragic. Some kind of emotion is evoked that elicits the action of capturing that moment photographically, or at least trying to. People of every kind and every social strata walking in mass on the streets: what happens is a cacophony of amazingness.

CL: Have there been any particular artists (filmmaker, photographer, or other) that have inspired your own work?

CD: I made this film for many reasons, but selfishly, I wanted to meet my idols, the people whose work has inspired me over my whole career.

CL: SFF14 will be the New England premiere for EVERYBODY STREET. How has it been showing your film in other parts of the country/world?

CD: Seeing the reaction to the film once it got into the world, starting at festivals, then theatres, and feedback from emails has confirmed to me the power of great street photography to evoke emotion. Also, the notion of how art brings people together.

Street photography is accessible to all and anything that helps people understand others and teaches people how to see better with non-judgmental eyes is cool.

CL: What do you hope the audience takes from your film?

CD: One of the best compliments you can get is that what you make inspires someone to go out and try to make something.