RICH HILL – A town of hardship and hope: Interview with Directors of RICH HILL 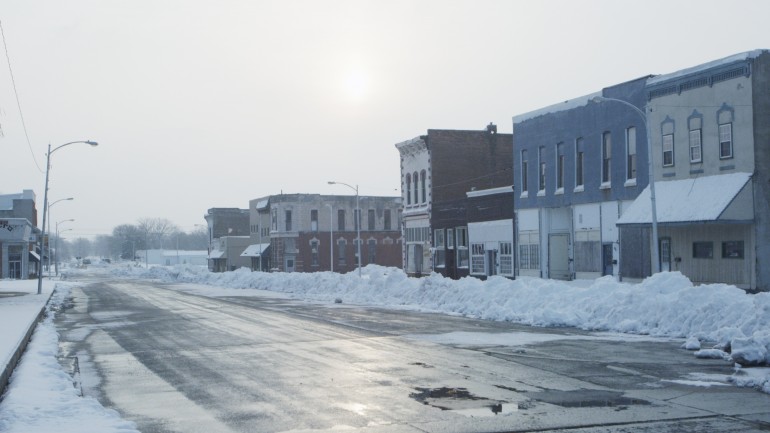 When rural America’s struggling communities are portrayed in film and television, they are often victims of stereotypes. Their populations are depicted as “uneducated” and “simple minded” ‒ people who are “less than.” What we don’t often see on screen is a depth of humanity – something that allows us to feel connected and equal to people living in those circumstances. It’s “us and them” rather than “us.”

That’s where Sundance award-winner RICH HILL shines with its intimacy and honesty. Set in the rural town of Rich Hill, Missouri, we follow the lives of three teenaged boys and their families. Rather than stereotypes, we meet people who are just like us. They want the same things we do  ̶  only they have a much steeper mountain to climb.

Amidst the potholes, boarded-up shops and trash-littered yards, in what was once a thriving mining town, RICH HILL captures both hardship and a sense of hope. Maybe industry will return and, with it, jobs and prosperity. Maybe the three boys will make something of their lives – like Appachey, who has big dreams of moving to China to teach art. You can’t help joining these boys and their families in their hope for transformation.

Salem Film Fest Writer Sarah Wolfe caught up with RICH HILL Directors Tracy Droz Tragos and Andrew Droz Palermo while they were enroute to Missouri. The duo, who happen to be cousins, are riding a wave of success with their film that has not only led to the U.S. Documentary Grand Jury Prize at this year’s Sundance, but a screening with UNICEF and the UN in a campaign to help rural families like those in RICH HILL.

Sarah Wolfe:What inspired you to make this film? Do you have a connection to this part of the country?

Tracy Droz Tragos: It’s our family’s home town. Andrew, my co-director, and I are first cousins; it’s where my father and his mother grew up. I didn’t officially live there. My mom was a single mom working fulltime so, when school was out for summer or winter breaks, I would go to Rich Hill and stay with my grandparents there. It was very formative in my growing up and a place that I really loved and held dear.

SW: How did you find Andrew, Harley and Appachey – the three teenaged boys at the center of this project?

TDT: When we first went to town, and hatched the notion of really wanting to understand what it’s like for the families living there that are struggling, we didn’t know exactly how we would tell the story. On our first trip in December 2011, we met Appachey and were really drawn to him…his reflection and honesty and struggle. On our second trip we met Harley and Andrew. One of the reasons we focused on them is they welcomed us so warmly and openly into their homes. There was also the feeling that they were surprised we were interested in them; they weren’t the kids anybody expected to have a movie made about them. They felt a real honor and pride and wanted to share their stories and their lives. It became something more than just nostalgia for a place we loved. It was something more urgent. They were all going through hard stuff and we felt it was important because we weren’t seeing stories like this very often.

SW: Did the boys know each other from school?

TDT: They certainly knew of each other, but weren’t necessarily friends. Of course, they are now. They all share this bond and went to Sundance together and are going to be together at the True/False Film Fest in Missouri. They have become quite close after the fact. It’s interesting since the film is their connection and has created an understanding. Appachey cried after one of our screenings. We thought it might have been about his own story and experience, but in fact he was crying because of what he felt for Harley. 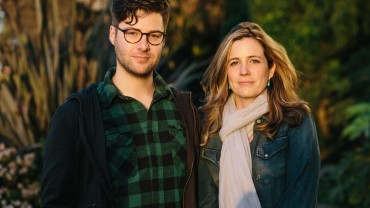 SW: There’s such an intimacy to your film – like there’s no camera rolling. How did you earn the trust of the boys and families to open their lives to you? And, how long did you spend filming them?

TDT: We spent a year and a half documenting them with many, many hours of footage. I will say there was a trust that we established early on. We were a small, lean crew – most the time just Andrew and me. Because of our friendship and our connection with them, we were able to have it not be such a big deal anymore and to really just capture what was happening for them. I’m also a mother with two children and I connected with the parents and caregivers in a way that Andrew couldn’t. We were able to relate and share parenting stresses and, because of that, were able to be there when things weren’t going so well and when things were.

SW: Are there any particular moments that stand out from your experience filming in Rich Hill? Perhaps something that made you look at your own life differently?

TDT: There’s so much that I continue to think about in the aftermath of the film and in my continuing relationship with the families and the subjects. I’m honored by their bravery and courage to share their stories and think about that a lot. I also think about how privileged I am in my own life and how much I’ve taken for granted and do take for granted. I think about the love that is there in the families despite the struggles. It’s important to remember, honor and nourish that. Despite their struggles there was still love and such a bond. It’s a reminder about what is important.

SW: How about you, Andrew? Any moments that had a profound effect on you?

Andrew Droz Palermo: I think the first time we went home with Andrew and met his family and saw how willing he was to be so verbal about his love and affection towards his family. I was really surprised to see a teenage boy so openly loving in that way. That was something I take with me and hope to instill in my own children one day, to forge in my own family. It’s something that I really admire about them. It’s true of all the families in a lot of ways; they were all very vocal about their love and affection with each other.

I also had an experience when I filmed Appachey going away into the juvenile system. I was so connected to him at that point that I was sort of mourning as I was shooting. It was like I was reaching out to him in any way I could, basically hugging him while shooting and crying while shooting. Seeing how much of a boy he was again and how scared he was…That is a moment I will never forget.

SW: You capture people’s humanity on screen in a way that’s very relatable. I’m really rooting for everyone in this film.

TDT: Good, I’m glad you say that. We’re not wrapping it up with a bow and saying call an 800 number and it will all be better. It’s certainly more complicated than that. To still know, though, that there is potential and aspiration…

SW: What was it like co-directing this film with your cousin? Have you collaborated before?

TDT: We have not. This was obviously a very personal project that really leant itself to this collaboration. I’m very much hoping to work together again.

ADP: It was great. We came at if from very different perspectives and I think that really helped bring the film ultimately to a better place. We were often made to justify our differences and you really had to fight for the things that are really important to you. We have an age difference as well as a gender difference and I think that was great for us. We met in the middle and made a film that reflected that.

SW: You’re developing a program through this film that will help low-income rural families? Could you talk more about that?

TDT: We have an impact engagement campaign that we’re developing right now. We’re partnering with organizations and hope to make the film available to them; to find ways to have this film used as part of the conversation around poverty and campaigns working to alleviate it. We are just coming from a screening we had in New York with UNICEF and the UN. It was a joint event with the Invisible Child series that the New York Times did at the end of last year. It profiled a family that lived in a shelter in New York and it’s really shifted the needle about providing social services in New York specifically right now. But we’re also hoping we can do that in rural America. One of the things people talk a lot about is how a lot of social services are siloed and not bundled, so these organizations that might be working with the same family are not talking to each other and they’re only looking at one little piece of the problem. Obviously the family, which is a wonderful resource, is often ignored and services can’t be as effective. That’s one part already that we’ve been able to contribute to the conversation about how these services need to be bundled. We have lots of other plans, too. We continue to talk to organizations about how we can work together.

SW: What do you hope audiences will take away from this film?

TDT: It’s an invitation to empathy – to not distance one’s self from people who are ultimately very much like ourselves. I think the way families like these are often treated is somewhat exploitative and in a very on-the-surface kind of way. We feel like our film can really bring people closer and make it less about how we’re different and more about how close we are. For the three kids in this film, their trajectories have already shifted by their participation in this film and by how they’re being embraced by audiences. There are so many kids and communities like RICH HILL out there and we hope our film will shed light on those communities and those families as well. We hope that attention and resources can be brought to rural communities that we drive by or fly over across America.

ADP: I hope audiences really open their hearts and can love these families like we do. I also hope they can also [look at their] neighbors. I’m sure there are people living around their towns that are very similar and could use a lot of help. I hope there’s something that inspires people to make a difference.

The East Coast premiere of RICH HILL at Salem Film Fest on Saturday, March 8 is currently sold out.