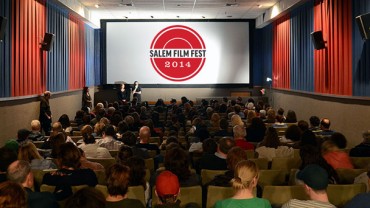 The seventh annual Salem Film Fest, the popular all-documentary film festival, will return to Salem, MA with over 35 of the year’s most riveting documentary films from March 6-13th.

SFF 2014 is shaping up to be one of the most exciting in Salem Film Fest’s history. This year’s festival will feature thirty-seven full-length documentaries, the most ever featured at SFF, with many of the featured filmmakers on hand to discuss their work. Of those thirty seven films, five will be making their North American or United States premiere in Salem and seventeen their East Coast or New England debuts. That is not including the world premiere of KASHEER: ART, CULTURE AND THE STRUGGLE FOR AZADI, Salem filmmaker Elayne McCabe’s extensive look at art and culture in Kashmir, one of the world’s most beautiful and disputed territories.

Salem Film Fest 2014 will kick-off with the New England Premiere of A FRAGILE TRUST Thursday, March 6 at Cinema Salem. Director Samantha Grant will be on hand to discuss her film, which provides the first definitive look at serial plagiarist Jayson Blair and the scandal he sparked that rocked The New York Times and modern journalism. 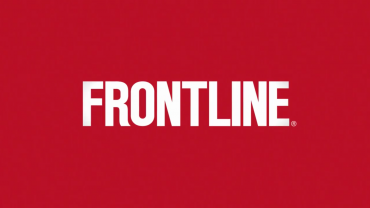 Salem Film Fest is very honored to announce 2014 will see the inaugural presentation by Fanning of the Michael Sullivan FRONTLINE Award for Journalism in a Documentary Film to a SFF featured film that exhibits exemplary journalistic skill within the documentary-format. The award is given in memory of Michael Sullivan, FRONTLINE Producer and Marblehead native, who passed away in 2013. SFF fans who attended the 2013 FRONTLINE event will remember the presence and humor of the man considered one of FRONTLINE’s guiding figures for the past 25 years.

SFF 2014 will also feature the return of SALEM SKETCHES, the wildly popular shorts program with a keen focus on all things local that precedes each documentary. Launched by SFF cofounder Joe Cultrera in 2013, this year will see an expanded number of SKETCHES shot by local and visiting filmmakers, including: Perry Hallinan Lucas Custer, Laura Corwin, students from Salem’s The Phoenix School, and SFF alums Bari Pearlman and Ezra Bookstein. Expect fun and unique looks at the city, whether it be what happens at the local comic bookstore, a trip out for breakfast, environmental issues that face the city, and everything else that combines to make Salem. 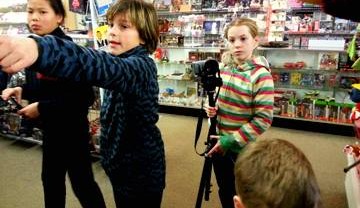 After a successful inaugural year of its own in 2013, MASS REALITY CHECK – the popular college student short documentary showcase – makes its return with a selection of the finest traditional and experimental work done by aspiring filmmakers. Selected films submitted by Massachusetts university and college students will be shown at the festival with a monetary prize awarded to the most promising short documentary.

With films screening at three different locations, including CinemaSalem, the Peabody Essex Museum, and the National Parks Service Visitor Center, as well as numerous panel discussions featuring filmmakers, critics, and experts, competitions, award ceremonies, after-hour parties, and more, there will be plenty of choices for all documentary fans.

This year’s collection of films provides audiences with gateways into stories they might never have known and introduces them to unique individuals they may never have met. There will be stories about the trials that come along with love, the struggles for musicians to their voices heard, the political and personal power of art, and the adversities that come with following your dreams, whether by boat or on roller skates. SFF 2014 proves that, just when you think SFF couldn’t get any better, it does.