In the Northern Woods of Maine, Vietnam veteran, Bob Miner and wife, Julie, help rehabilitate over 200 species of abused and abandoned animals from their home zoo, DEW Haven.  WILD HOME, directed by brothers Jack and Robert Schurman, tells the story of a man and the companionship with animals that helps set them both free.

In its roots, the film wasn’t intended to be feature-length, shared director Jack Schurman. The Schurman brothers learned of DEW Haven through a family friend and visited to discover Maine’s best kept secret. Within a month or two, they realized there was a much deeper and more powerful story to share, and thus the film grew.

The film’s aesthetic – with rugged imagery and a perfectly paired score of a single electric guitar – was created to emulate what it feels to visit the zoo. “That’s something we really wanted to show in the film, the vibe and the very world of it,” said Schurman. “We wanted it to be trance-inducing.”

As a Maine native, Schurman explained his love for the self-sufficiency found in its culture. “You see lawyers and businessmen that live in the woods and build their own homes,” he continued. But what he loved particularly about Bob’s story was that the self-imposed, self-sufficiency that isolated him, became the very thing that would break him from his loneliness.

WILD HOME screens tonight, Sunday, March 8, at 6:05pm at CinemaSalem. Filmmakers Jack and Robert Schurman will be in attendance for Q&A. 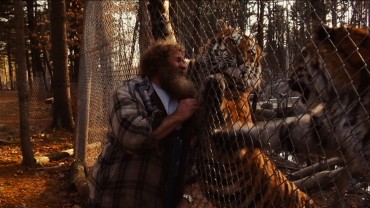 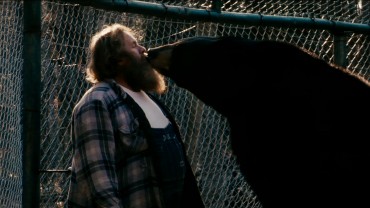