The age of discovery: ENTER THE FAUN co-director Daisy Wright at The Phoenix School 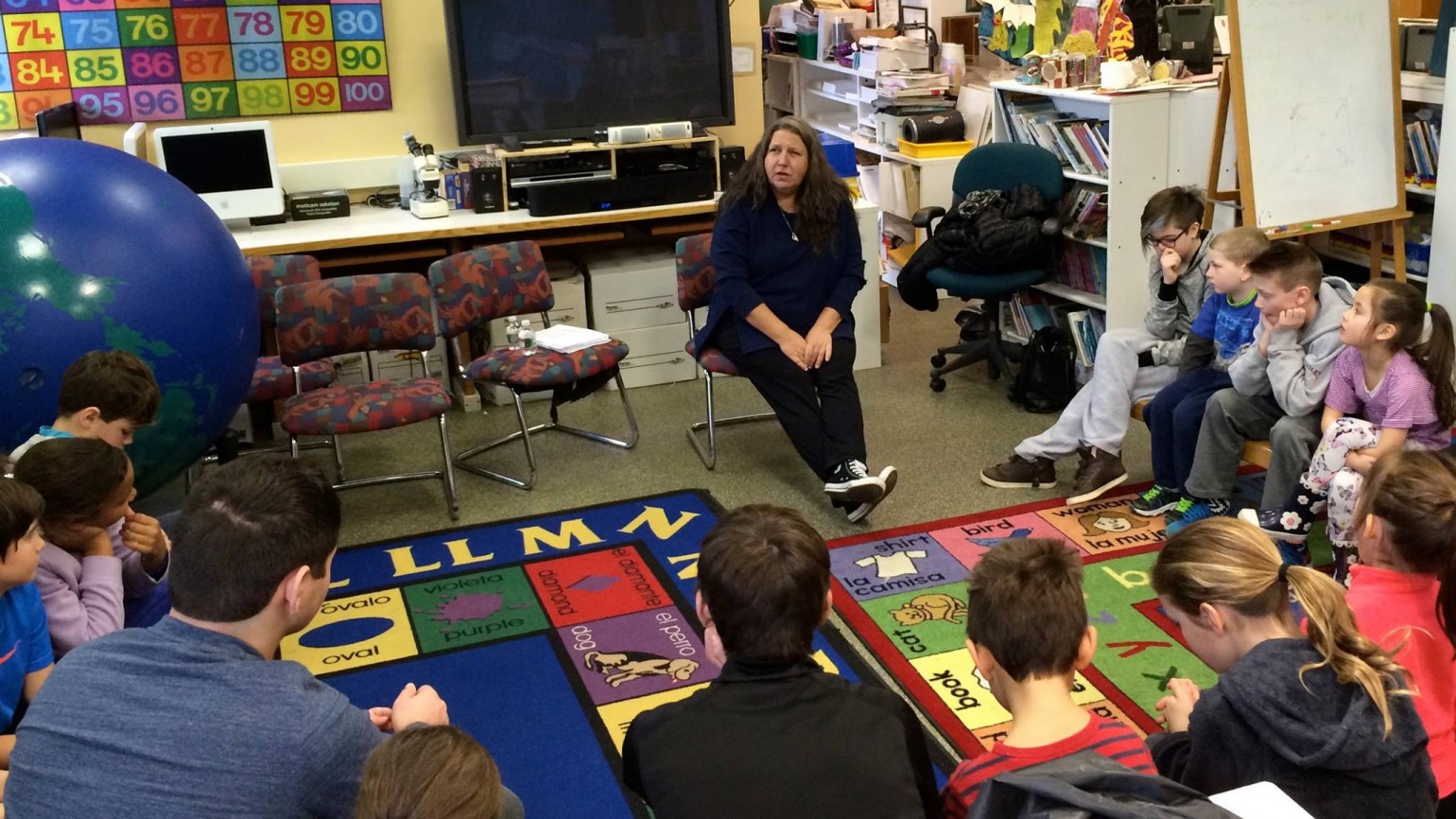 We love it when filmmakers can attend Salem Film Fest, and we were fortunate that Daisy Wright and Tamar Rogoff, co-directors of ENTER THE FAUN were able to make the trip to Salem to present their film.

It is also wonderful when we have an opportunity to do community outreach with visiting filmmakers. Tamar led a movement workshop at Peabody Essex Museum on Sunday and on Monday, Daisy met with students at The Phoenix School – I tagged along out of curiosity.

The Phoenix School has an open floor plan; the K-8 grade students are in one classroom. Daisy discussed making the documentary, the economic challenges of being an independent documentary filmmaker, and the journey of the film since its release on the fest circuit. One particular topic of interest was the process of naming a film and how difficult it is to reach a compromise.

The students questions were so well articulated, it was obvious they had done some research in preparation for Daisy’s visit. As I listened
to the hour-long discussion, I had to keep reminding myself that these young people were not even high school age! These kids have firsthand knowledge of documentary filmmaking thanks to Joe Cultrera and Perry Hallinan. Two years ago Joe, Perry, and the students created two Salem Sketches for Salem Film Fest 2014. They did everything required to make a film: developing story ideas, filming on location, and writing a script for interviews.

Daisy stressed the importance of thinking outside of the box. ENTER THE FAUN shows us how we can reach beyond the usual ways of thinking about physical abilities. The morning with Daisy and these inquiring minds reminded me that learning has no age limit.