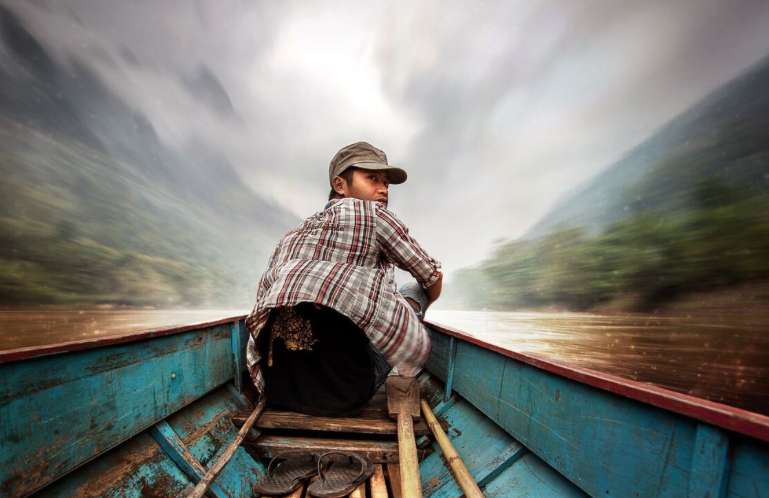 We were first introduced to Daan Veldhuizen, when his film STORIES FROM LAKKA BEACH was awarded the first American Cinematographer Magazine Award for Cinematography at SFF 2012.  In that film, Veldhuizen explored Sierre Leone and the people of a small coastal village.  In his new film, BANANA PANCAKES AND THE CHILDREN OF THE STICKY RICE, we are transported to a village in Laos where an influx of tourists seeking solitude collides with its inhabitants.

JS: We screened STORIES FROM LAKKA BEACH at SFF 2012, in some ways BANANA PANCAKES AND THE CHILDREN OF STICKY RICE will remind our audience of your earlier film, can you talk about your filmmaking approach in each of those films – similarities and differences?

DV: Yes, both films are based around a small village in a remote corner of the world, following inhabitants in their daily lives. With BANANA PANCAKES I wanted to make a film with a similar feel as STORIES, but take the story a couple of steps further and use the observations of what we consider an exotic culture, as a mirror to look at my own culture and ultimately at myself.

During one of the interviews in STORIES FROM LAKKA BEACH, I ask a woman to describe the foreigners that visited her village before the civil war. The way that she stereotyped Americans, Europeans and Russians was spot on and identical to how we stereotype Africans, Arabics or Asians. I realized the potential of what you could call reversed exotism; to look at myself through the eyes of the other. This, together with the paradox of modern tourism, are the driving forces behind BANANA PANCAKES. 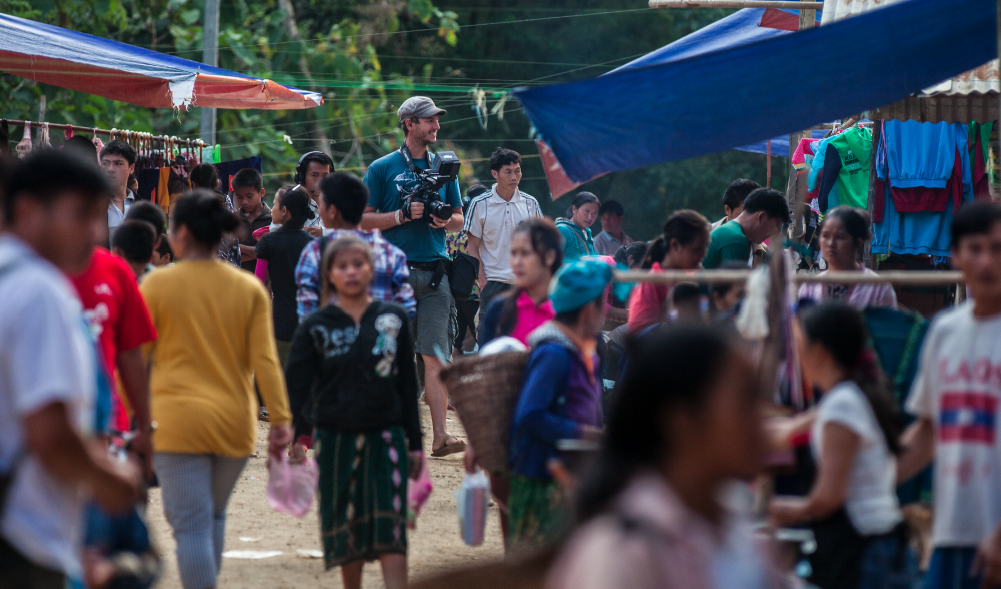 JS: Why did you decide to shoot in a Buddhist country?

DV: To me this film is a lot about desire; the tourists dream about a simpler and more natural life, while the Laotians long for development and modernity. It is a typical case of the grass seeming to be greener on the other side. What Buddhists seek in essence is the liberation of desires. To film this story in a country where this old wisdom is embedded in its culture, seemed very relevant to me.

The imagery of Buddhism appeals to us in the West and it has been linked in our culture to concepts like peace, harmony and contentment. I guess it somehow functions as a breakaway from our busy daily lives, exactly what tourism also does. The reality of Buddhism in Laos however is very different. Many of the novice monks are in a monastery because they have no other option. Their family might be too poor to raise them, while some don’t have family at all.

In the first part of the film I wanted to show imagery that confirms our cliché ideas about Eastern cultures, you could say this is the tourist gaze. In the second part of the film I break down this image and try to portray the village and its inhabitants more realistically.

JS: How long have you been working on BANANA PANCAKES and how did you end up in Laos?

I visited Muang Ngoi for the first time in 2007, while I was backpacking throughout Asia. Two years later I visited the place again because I had enjoyed it so much. I have always remembered this tiny village, and Laos as a whole, as a special place where I was able to find the adventure and authenticity I was looking for as a backpacker.

During these first two visits I had stayed with a lovely family, who turned out to be Shai’s [editors note: one of the characters in BANANA PANCAKES] parents. I met him in 2009, while he was visiting his parents. I went on a tour with him and he invited us for dinner afterwards. I always remembered Shai as someone who embodied the rapid change in Laos; on the one hand he is part of the new modern world in which everything seems possible and options are limitless, on the other hand he still feels connected to the quiet and natural world of his ancestors.

Once I had decided to make this film, Muang Ngoi immediately came to mind as the perfect arena and so in 2012 I went back for research together with soundman and consulting director Chiel Aldershoff. We started production in 2013 and filmed on location in September and October of 2013 and for another month and a half in January and February of 2014. By shooting in two periods we were able to film the quiet rainy season and the busy dry season. 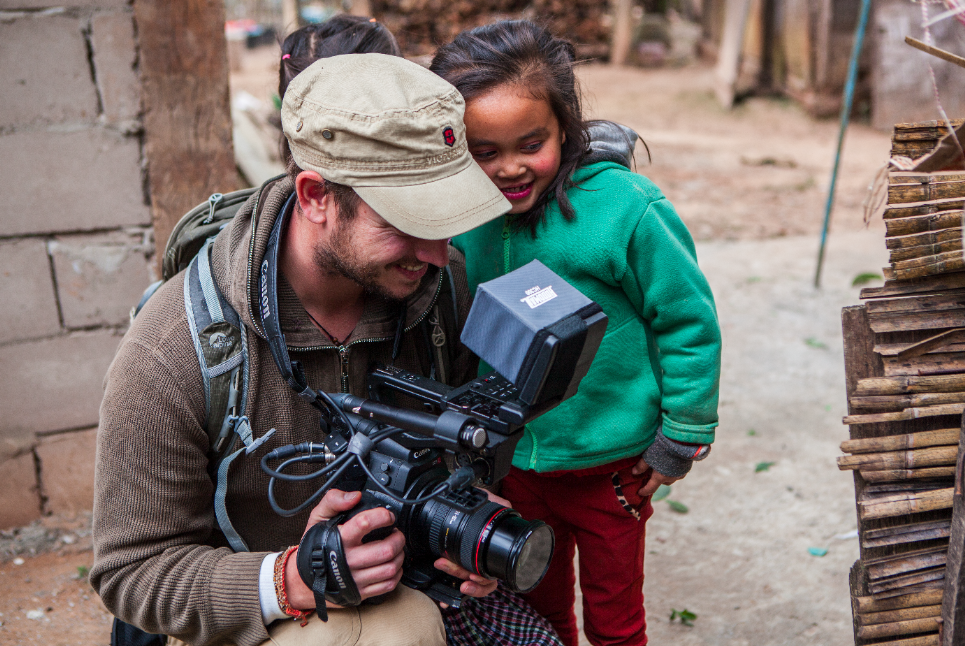 JS: Can you talk about submerging yourself in a different culture as a filmmaker?  It seems like you have a great ability to put your films subjects at ease with your presence rather than causing them uneasiness – how do you do that?

DV: In essence it doesn’t really matter what culture I’m filming in. We’re all human beings and we share so many universal wants and needs. I think it is really important to treat people with respect and I always try to establish a relationship that is based upon trust and mutual understanding. I spend time, I talk and I listen. After or during an interview I create moments for people to ask me questions too. I think it is equally important for people to get to know me as it is for me to get to know them. Of course I am a director who has a mission, but I’m foremost a human being doing something that I love and believe in. I think that when people understand that, they are much more likely to open up in front of the camera.

On a more practical note it also helps to work with a pleasant, social and involved crew that is as small as possible and is willing to spend lots of time… and in this case can handle lots of liquor! 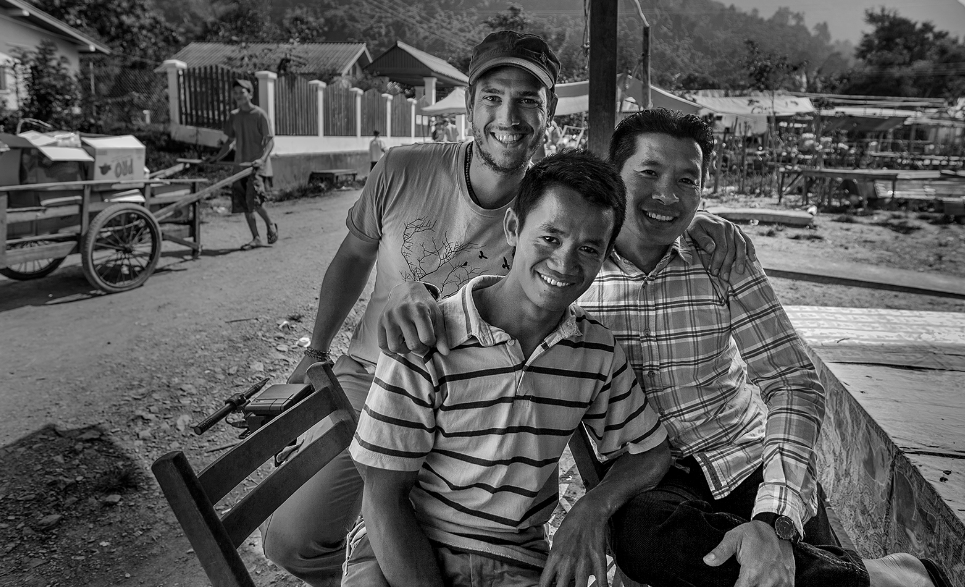 JS: You wear a lot of hats in the filmmaking process – shooting, editing, directing – is there any part of filmmaking that appeals to you most?

DV: Alfred Hitchcock said that a film is made three times, in writing, shooting and editing. Maybe that is even more so the case for documentary filmmaking, as reality can only be anticipated on during the pre-production, then it just happens during shooting, and finally you’ve got to deal with it in editing. The more involvement in all of these stages, the more I can express myself artistically in the final film. Besides I really enjoy all three crafts and apart from my own work, I execute them independently as well. But the thing is; when I write a scene I know how I want to frame it, when I shoot a scene, I’m already cutting it in my head – it just feels natural to do so.

Having said that I do work with very experienced people who advise and coach me throughout the entire process.

JS: Can you tell us about any new projects you’re working on?

DV: I’m working on multiple projects – as we speak I’m wrapping up a commissioned doc about the rise of drone technology and its legal, political and ethical implications. I’m also doing a lot of camera and editing work for other docs. As for my own work I’m diving into an underexposed part of Dutch colonial history and track down its resonance to present day.

JS: What drew you to working in documentary?  Do you have any filmmaking influences?

DV: Filmmaking influences. mmm. I guess so many! But to name one, I remember that after seeing GAMBLING GODS AND LSD from Peter Mettler I sort of decided that docs are awesome! I find Mettler’s hypnotic storytelling and camerawork incredibly inspiring.

BANANA PANCAKES AND THE CHILDREN OF THE STICKY RICE screens on Wednesday, March 9 at 8pm at CinemaSalem.