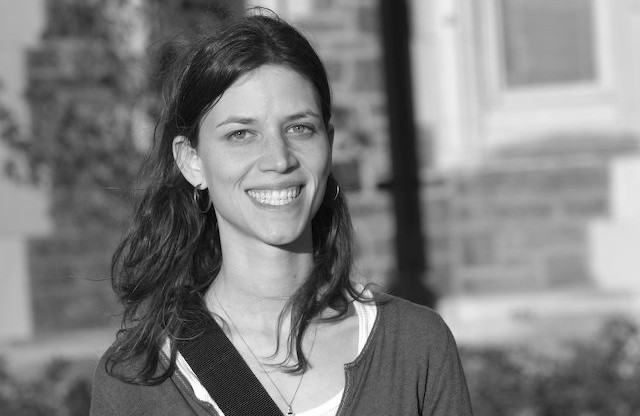 One of this year’s most topical films, TICKLING GIANTS follows Bassem Youssef, often dubbed the Egyptian Jon Stewart, as he transitions from surgeon to full-time political satirist during the tumultuous Arab Spring. The Daily Show inspired Youssef, whose work was at turns legitimately dangerous and revolutionary in a way that Jon Stewart’s work, protected by the First Amendment to the Constitution, was not. In the era of fake news and “alternative facts,” Youssef’s work may in turn become a roadmap for journalists in a time when legitimate journalism is being actively subverted and vilified. Director Sara Taksler took the time to chat with us about how she got into filmmaking and what filming in Egypt was like.

KCS: Can you talk a bit about your background and how you got into television and film?

ST: I recently found an email from 2001, where I’m talking about what kind of job I’d like to find. I wrote that I wanted to figure out how to combine entertainment and social justice—so it’s worked out pretty well. My first job was as a receptionist for Tough Crowd with Colin Quinn, which used to follow The Daily Show. That was on for a couple seasons and then I freelanced for a little while. During that time, I started making a documentary with my friend Naomi Greenfield, called TWISTED: A Balloonamentary, about people whose lives change when they go to balloon twisting conventions. In 2005, a friend told me about an opening at The Daily Show. I applied and have been here ever since.

KCS: What shows/films were early influences for you?

ST: I’ve always loved comedy. As a kid I used to secretly stay up late and watch Evening at The Improv and Caroline’s Comedy Hour. I’d watch re-runs of I Love Lucy, Laverne and Shirley and “What’s Happening!!”. My favorite show as a teenager was My So-Called Life. At a film festival, I once got to briefly meet Claire Danes and tell her how much I loved that show, which I’m sure totally changed her life. As far as movies, I loved Ferris Bueller’s Day Off, Annie Hall, and Cinema Paradiso. The first documentary I remember watching was in a class at Washington University in St. Louis. We watched The War Room and I loved it!

KCS: What attracts you to a project?

ST: When I’m working on a project, I know I will be talking about it every single day for years. So, it’s hard to find something you’re that interested in. I seem to really like social justice stories with a sense of humor.

KCS: You really get a feel from the film exactly how Youssef’s show is produced. How different or similar is it to the Daily Show?

ST: Al Bernameg’s office was based on the culture of The Daily Show — open both in physical space and in the collaborative atmosphere of the office.

KCS: What was it like filming in Egypt? Was that your first experience filming in that kind of charged political climate?

ST: Filming was a challenge. On the one hand, I loved it. The people I met were open, kind and funny. In Bassem’s office, everyone felt familiar and like the people I am friends with at home. But, filming in Egypt outside of the office was not easy. I am a white women and obviously not Egyptian. Some people were skeptical of my intentions and a few people thought I was a spy. We filmed most of our outdoor footage from a moving car, after one of our camera people was beaten up to get his footage.

KCS: Was he okay and did he continue to shoot with you? Were there measures other than filming from a moving car that you and your crew took to protect yourselves?

ST: Thanks for asking. He was okay, but shaken up. We continued to work together. He was someone who only shot for us occasionally, and that continued. I followed the lead of the local crew, if they thought something was or was not safe.

KCS: The Trump administration appears to be subverting the integrity of legitimate journalism. Do you think the risk of danger to journalists is increasing here in our own country?

ST: Declaring the press your enemy can’t be good for democracy.