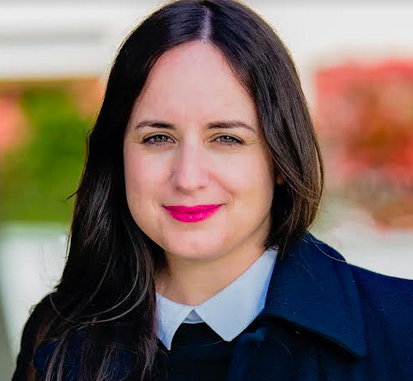 Maite Alberdi‘s film TEA TIME was shown at SFF 2015, this year she returns with THE GROWN-UPS.  SFF program director Jeff Schmidt caught up with the Chilean based filmmaker to talk about her work as a documentary filmmaker.

MA: In film school, it was very weird to make documentaries, everybody wanted to make fiction films. Before entering the film academy, I studied art history, aesthetics and social media, so I have other interests, not only cinema. When I had to make films in school I felt a little trapped by reality, I think that all the stories that I created already existed in reality, the challenge was to find them.

JS: We were first introduced to you when we screened TEA TIME at SFF 2015.  Can you talk about filming that documentary and give us any updates on what has happened to your film subjects since we screened the film?

MA: TEA TIME had different challenges. The greatest challenge I faced in making TEA TIME was being constant and patient. For me, filming this documentary was an exercise in patience – waiting for things to happen in reality, without hurrying or pushing them, trusting that if one chose the places and situations well, they would provide what you needed. But the right time is more up to life than up to the director. I think it’s complex to impose a timeframe in the characters’ development. In this film I knew that I wanted to portray the last years of this ritual, but didn’t really know exactly how long it was going to take. We shot once a month, for five years in a row. Films have to tell stories and in real life stories don’t happen overnight. That’s the challenge of a documentary in general and of this film in particular. Living the reality of these characters, however long it may take to tell their story and have it move forward, have things happen – that is the journey.

After the screenings of the film in different parts of the world, my greatest satisfaction was to realize that it worked everywhere, this film is something which started out as a personal attraction to my grandmother and her friends, was able to become a totally universal story that people could relate to anywhere in the world. I believe that cinema must have something that seems familiar. It must involve the individual and the universal. Unique characters or singular stories with universal emotions that touch us all. The characters in the film had all this beyond my personal relation with them.

About the characters, in Chile they are famous, the people recognize them in the street, they sign autographs in different places, and they are invited to many TV programs, they travel to festivals. They say that they never thought that they would live a new life after having already lived for 80 years. 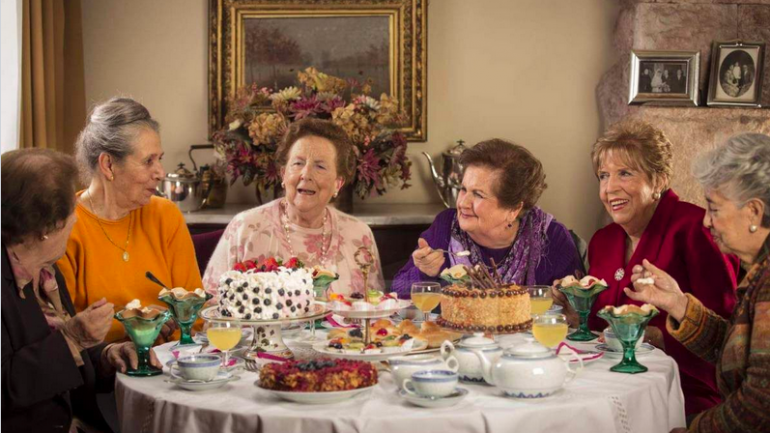 JS: This year, we’ll be showing your most recent film, THE GROWN-UPS.  In TEA TIME, one of the women in the film had a daughter with Down Syndrome, in THE GROWN-UPS we visit a school for Down Syndrome children who are entering middle age.  Was this coincidence or did this project evolve in some way from that film?

MA: It is not a coincidence, the woman that appears in TEA TIME with Down Syndrome was my aunt. And a big concern of my grandmother, one of the main characters of TEA TIME, was: What is going to happen to my aunt when my grandmother passes away? So that question was in my life, and I started the research of trying to find adults with Down Syndrome that were living that situation. 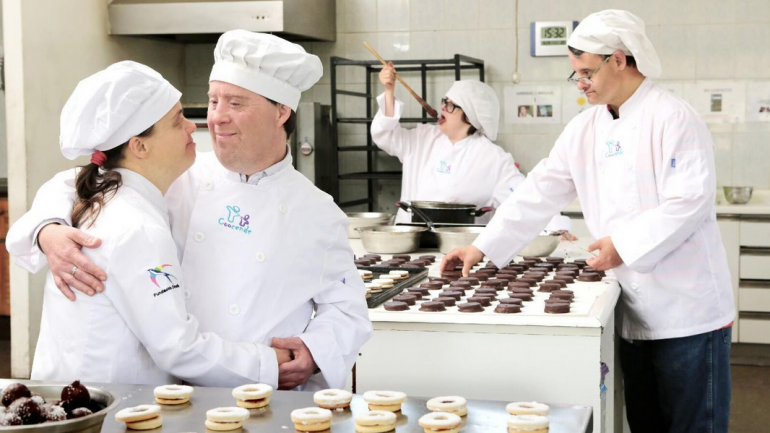 MA: Reality inspires me in general. I believe reality is larger than fiction. All the stories that we tell in documentary films already exist, we just have to find them. For me, films are like a factory of experiences for the spectator. One goes to the theater to share an experience, but documentaries have an added value, this experience already exists in the real world, so we feel even closer to the characters for that reason.

Also, daily rituals inspire me. The documentary genre has often made an effort to pursue an event and a great historical and conceivable happening as the narrative axis, however, politics and idiosyncratic social portraits can be displayed from the microcosm. Small situations from daily life that become exceptional can be more moving than explicit political situations. Society is better represented from the intimate portrayal of microcosmic situations to convey what is happening in the world.

JS:  As we celebrate 10 years of Salem Film Fest, what do you think is the importance of documentary film in our daily lives and society?

MA: Documentary films give us the opportunity to think about the world in the present, and to see situations that we cannot live with our own eyes in another way. And for me, as it is important to me to be shooting the present, I believe that I am building the archive of the future, that documentaries are the representation of our world today, and it´s going to have an important value in the future.

THE GROWN-UPS screens on Sunday, March 5 at 12:40pm at CinemaSalem – tickets available for purchase at the CinemaSalem Box Office or online here:  http://salemfilmfest.com/2017/films/grown-ups/