Filmmaker Spotlight: Daniel Cross, director of I AM THE BLUES

Daniel Cross is a Canadian documentary filmmaker, producer, and social justice activist. He is the co-founder of the Montreal-based cinema production company EyeSteelFilm and is also the founder of Homeless Nation, a non-profit online-based organization that aims to build and strengthen homeless communities across Canada by spreading awareness on homelessness and helping homeless populations transition off the street. Cross has directed many award winning films, such as The Street: A Film with the Homeless and S.P.I.T: Squeegee Punks in Traffic.

Salem Film Fest’s Olga Nazarenko caught up with Daniel Cross to talk about his experience filming I Am The Blues.

ON: What sparked your interest in creating I Am The Blues?

DC: I have always been a blues lover. Barbara Lynn and Lil Buck Senegal came to Montreal with the Ponderosa Stomp and I was blown away by their charisma and performance quality. I approached Dr Ike from the Stomp and he agreed 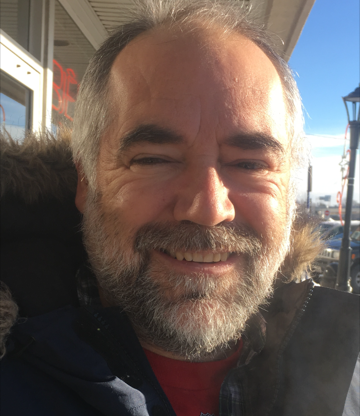 to introduce me to these beautiful, elderly blues musicians living across Louisiana and Mississippi.  My only request was to work with musicians without managers so we could get close and go deep without interruption.

ON: Can you describe the biggest challenge you faced in the filmmaking process during the time you spent on the film?

DC: Getting the musicians to behave! They are real characters. Carol Fran was eyeballing the camera operator and asked him if he knew what a Cougar was…. But, seriously, this film was fun to make. It is full of life – vim and vigor.

There were also challenges from a demographic perspective. The musicians are Black – I am White. They live in the deep South – I live in the dark North. They are in their 80’s and actively still performing – I am in my 50’s and still a working stiff. They were raised on plantations and experienced extreme racism and yet still have a twinkle in their eyes – I deeply respect them and learned so much about my world view from hanging out with them.

ON: How did you choose Bobby Rush as the central character of the film?

DC: Bobby Rush is kind and he is generous. He caught on quickly to what I was trying to do – filming the last of these old blues devils before they pass. The next generation will perhaps play the blues, but they will not have the base experiences where the roots of the blues derive from. This had to happen now. It was a last opportunity, just a matter of time. Bobby helped me connect with the other musicians. They all knew Bobby Rush and were interested, even excited, when he came around, which was a great motivator for dynamic and engaged scenes. Bobby Rush won the Grammy last month. He is a champ. I love him.

ON: Due to time constraints, did you need to cut out any characters or a particularly interesting story?

DC: I recorded 100’s of hours and scores of musicians not in the final cut. More was cut out than is in the movie. Please visit www.iamthebluesmovie.com where you will find many video clips not in the film. You can also take a 360-degree virtual tour of the Blue Front Juke Joint and see performances, listen to the Juke Joint, and hang out listening to stories at the bar.

ON: The film captures the passion that these musicians had for blues music. When did you first become interested in the blues?

DC: When I was a teenager in the late 70’s, the world’s Largest Winnebago was bringing a caravan of blues devils to perform at the Vancouver Folk Festival. I headed to Jericho Beach hours before the opening act and spotted blues harmonica legend Frank Frost dressed up in polyester showman black. He was one of the blues devils I dreamed of meeting. I nervously said “hi” … he said, “Where’s the Liquor Store”? Off we went to the Kitsilano branch where he handed me an empty liquor box and proceeded to fill it up with 40’s of Vodka.  After safely delivering the case of booze, I was christened an honorary roadie and spent the week inside that Winnebago listening to the most incredible blues music and stories. At the time, I wasn’t a filmmaker, but this experience motivated me to become a documentary filmmaker and taught me the beauty of first person lived experiences, a story telling approach that my films are renowned for. So, today I am making this film about the last remaining blues devils and documenting their historic stories, filming the last originals before time runs out.

ON:  Was creating the film all work, or did you have a chance to enjoy the music, moonshine, and crawdads?

DC: I had more fun making this film than any other, a true guilty pleasure. Believe me, there is certainly work involved and discipline required to get things right. But honestly, documentary is about sharing life with people, gaining trust, becoming friends, and getting to know each other on a profound level. Life long friendships with music, moonshine, crawdads and humor shared along the way!

I AM THE BLUES is the closing night film of Salem Film Fest 2017, screening on Thursday, March 9 at 7pm at CinemaSalem.