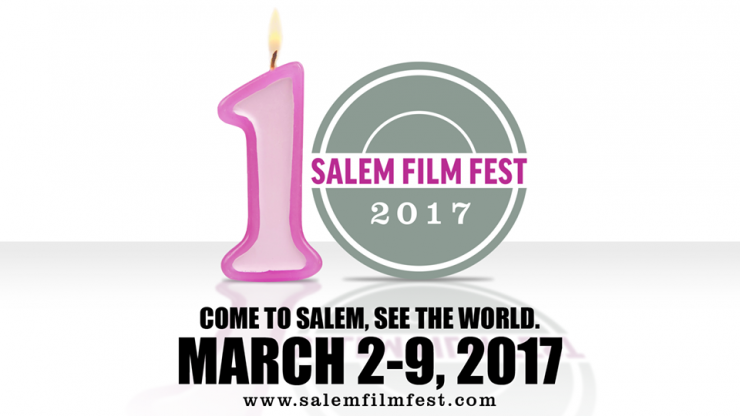 As the ten-year anniversary of the Salem Film Fest fast approaches, we take a moment here to reminisce with early adopter Don Nadeau. Well-known around CinemaSalem prior to the first festival, Don showed up year one, completely prepared with his dog-eared program and well-stocked backpack. This has not been scientifically verified, but there’s a pretty good chance Don has seen more Salem Film Fest screenings and been present at more Salem Film Fest events than any other attendee. He seemed like the ideal person to chat with about his experience of the fest over the last 10 years, and he cheerfully agreed to submit to my email questionnaire.

KCS: Hi Don—thanks for taking the time to do this! Have you always been a fan of documentaries, and if so, how did discover them?

DN: I remember, after learning to differentiate docs from other broadcast media, (still sometimes a challenge) Mutual of Omaha’s Wild Kingdom weekly nature show, Jacques Cousteau’s marine explorations, and other learn-about-the-world shows I watched as a child. I have an early impression that Kukla, Fran, and Ollie’s movietimes [CBS Children’s Film Festival] seemed to introduce me to foreign cultures (I was french-canadian then – still am!); and, yes, Mr. Rogers interviewed folks from many professions, similar to some of our film fest’s many informative and entertaining Salem Shorts!

But my most vivid recollection is of my twin Donna and I lying on our bellies on the living room rug on our 7th birthday, side by side, chins propped up on the heels of our hands, forearms pillared on our elbows, with our 7 other siblings and parents watching a wooden-box-on-legs rounded black-and-white screen TV, after having watched day by day as we approached and then circled, and then we (the world was watching) landed on the Moon. I watched us leave our imprints and return to a liquid blue-stained marble suspended in a limitless back velvet void.

KCS: I feel pretty certain you’ve seen more Salem Film Fest documentaries than any other person. Your commitment to the festival is staggering.

DN: Nah, it’s just so much fun! There is so much camaraderie, and I love to indulge! For a whole staycation week I get to see absolutely fascinating people (and meet several), places, and things from all around the world in the comfort of our neighborhood cinema!

KCS: Talk a little bit about your strategies for seeing as many films as possible. What’s in the backpack?

DN: Tips: Plan ahead. Use the program: Write a draft schedule with special attention to venues, revise it, and buy tickets early. The festival is now up to eight days of film, interviews, workshops, and live intercession music; about thirty docs, in several walkable (and wheelchair-accessible) venues. Access is simple with the new Salem train station parking garage right nearby, and the cinema is on a lovely pedestrian mall and has an indoor mall and a parking garage. Dress in layers, and, like for any con, stay rested, watered, and fed.

Wonderfully, Downtown Salem is extremely walkable (even with New England drivers) and has many fine restaurants.  I don’t use vacation time; I go to work early each Film Fest weekday so I can leave in time to catch the first evening screenings without rushing and getting a seat in the back.

Backpack: Con (conventioneering) gear: My name and contact info, a notepad and pens, a soft marker for autographs, candied ginger for aches, healthy energy snacks and water, storage space to shed layers—remember March can be cold or rainy some of the time— and a small pillow for my old back.

And here’s a big shout out to Jen and hubby at neighboring Thai Place Restaurant for providing many tables full of delicious, healthy meals at the cinema for the many volunteers who make this all-volunteer fest run so smoothly every year. 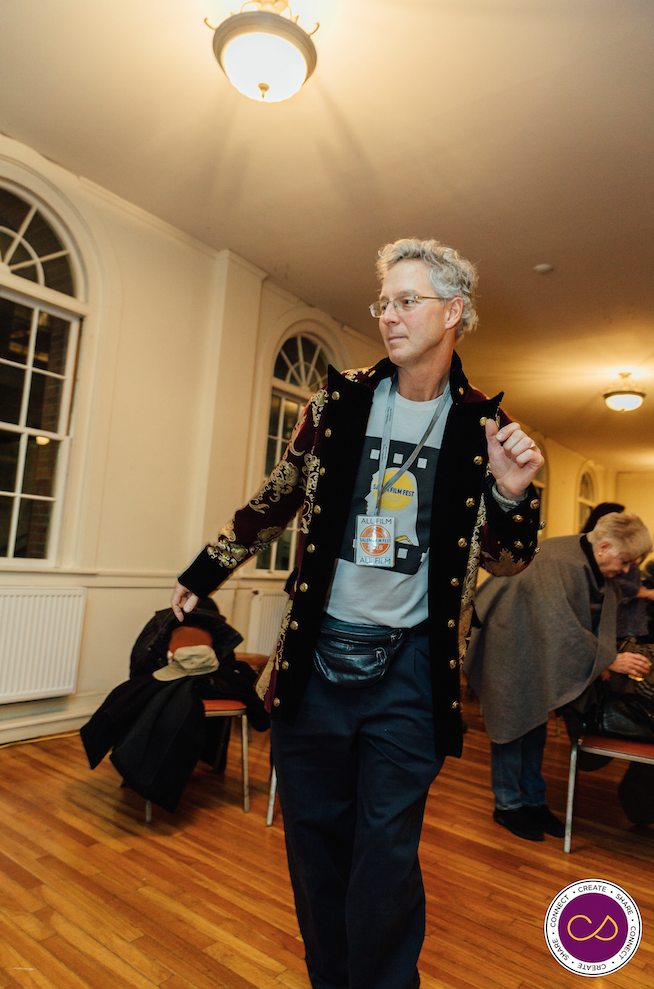 The Don – photo by John Andrews

KCS: Like most festivals, SFF has a lot of experiences other than the films themselves. Anything in particular you look forward to? And if so, why?

DN: So many! Camaraderie with friends old and new. It is an annual global tribal filmmaker and viewer cultural harvest celebration, pollinating and seeding our ancestral knowledge for our next generations, the world’s children; reinforcing our filial bonds to our parents, grandparents, history, and the world itself; and maybe giving us hope for a better future sooner rather than later. You really want to know what’s going on? Watch docs. (But watch out for propaganda pieces.) A high point for me is the many filmmaker-in-attendance interviews, many of which I have recorded! Lastly, the festival itself. It really helps to have it to look forward to during our New England winters

KCS: What’s the most unforgettable film you ever saw at Salem Film Fest?

DN: I have seen hundreds, the first ones nine years ago, but here goes. <clears mind> Well, visually I remember the volcanic sulfur harvesters. Backpacks brimming bright yellow, hiking up and down steep paths through searing snakes of steam, brutality and otherworldly grace.

KCS: You’re in a position to comment on how the SFF has changed and grown over the years. How has it evolved for you, for better or worse?

DN: Well, there are more docs than at first, and the screenings overlap, so one cannot see all of them at the fest. The good news is sometimes DVDs are for sale! It has always been a well-run, friend-filled vacation week (though as noted I don’t miss work, thanks to the evening screenings for the weekday docs); but now more and more shows sell out, and I have (and make) more and more friends who participate. Each year holds remarkably true to the spirit and execution of the early years, and I attribute that to the skill and dedication of the organization committee, the selection committee, and all the other volunteers.

DN: It used to be Reese Cup 4-packs from the counter, but it evolved into organic (watch the doc) fair-trade (watch the doc) non-child-labor (watch the doc) dark chocolate peanut butter cups!  Also, the CinemaSalem Café makes a delicious chocolate-peanut butter frappe I call “the Don.” Sadly, I’m allergic to popcorn, but the fresh-popped popcorn with real butter aroma is very enticing! Definitely sets the mood.

KCS: You are clearly a film lover. What are some of your favorite kinds of films outside the documentary genre?

DN: I love science fiction and some fantasy, including anime, and science and nature, and especially solar system space exploration! So think Aria: the Animation (gondolier training in Neo-Venezia on terraformed Mars).

KCS: If you were trapped on a deserted island and had only three films to watch for the rest of your life, what would they be?

DN: Long ones! The Neverending Story, LOL (I, II, III etc.), the hours-and-hours-long Tenth Kingdom, the complete Ghost in the Shell. I know, I kinda cheated and crammed in miles of celluloid “film,” but it’s the rest of my life we’re talking about here!

Actually, for content and length I like the Peter Jackson’s wingnut versions of JRR Tolkien’s The Hobbit and Lord of the Rings, the hours and hours of the British versions of Frank Herbert’s Dune and the Harry Potter saga. Wait. One would hafta go so I could include all things Firefly. I guess that would be limited by your draconian rules to the capstone film of the Joss Whedon series: Serenity <genuflects>.

Well there you have it folks, from the master himself—master of documentaries and master of breaking my draconian deserted island movie collection rules. It’s three movies people. Three. Not collections. Not sagas. Not trilogies. They’re not even my rules! They are the rules of deserted islands. Something tells me though, if the deserted island deities are going to let anyone bend the three-movie rule, it’s gonna be The Don. With less than a week to go before the festival opens, have you made your festival plan? It’s never too early to pick your films and get your tickets. Hope to see you all there!