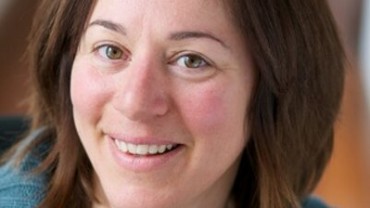 By far, the best part of being an organizer of the Salem Film Fest is all of the wonderful people who do the work with you. I have personally made connections with people who I would never have had a chance to meet and work with if not for this festival. One of those people is Debra Longo, a documentary producer herself, who has helped with marketing and serves on the programming committee. Having served on the selection committee from 2007-2011 as the only woman, I was delighted when the committee expanded, and more women were added to the team. Deb was one of the first and she’s stuck with it ever since. She took some time to answer a few questions about her background in film and how she came to become a part of the Salem Film Force.

KCS: How did you first hear of the Salem Film Fest, and had you attended prior to becoming a committee member?

DL: I first heard about Salem Film Fest through my partner, Don Nadeau, who I am pretty sure is also the festival’s number one fan. I worked in the film industry at the time and frequented many film festivals as a producer, but had never gone to a festival just to be a member of the audience. It was an entirely different experience –no angst over how a film I had had a hand in would be received and no pressure to not mess up in front of an audience. I was hooked immediately.

KCS: What year did you become involved?

DL: I first got involved with the festival in 2011. Don forwarded me a social media post by festival co-founder Joe Cultrera who was looking for help with marketing. At the time I was marketing films professionally for the film company that I was working with. I contacted him and about a week or so later I met with co-founder Paul Van Ness at Jaho for coffee to discuss what was needed and things took off from there.

KCS: When did you join the programming committee and what made you say yes?

In 2012 Jeff [Schmidt] and Joe [Cultrera] asked me if I wanted to join the programming committee. Programming involves watching dozens and dozens and dozens of documentaries over a four-month period and getting together for semi-regular “marathon” meetings with other programming committee members to discuss each film and determine the line up. I didn’t hesitate to say yes. While the time commitment can be fairly daunting – one year I watched nearly 80 films, and I still didn’t see every film that made the line up! In all honesty I feel like I hit the jackpot of volunteer gigs. I get to watch hundreds of incredible films and have thought-provoking discussions about them with a tight group of highly intelligent, passionate, and good-hearted souls. It’s a dream gig.

KCS: How did you become involved in the film industry as a producer?

DL: I had been working as a technical writer at an IT firm in Boston. It was during the “.com” boom and technical writing jobs were in abundance. I am avid cyclist, and at the time I was looking to live somewhere where I would never have to put my bicycle away for the winter. The job was a just a means to make it happen. I was starting to organize my life in this manner when I got a call from my sister who told me that the entrepreneur that she had been working for was starting a film company and needed someone to help him research story ideas, write, etc. She thought it was right up my alley. So I did what anyone else would do when presented with the opportunity of a lifetime: I said “no thanks, I am going to go out west so that I can ride my bike all year.” To which she said, “well, I already told him about you and there is no harm in a conversation.”

Soon thereafter I met him for what was meant to be a 30-45 minute conversation before work. We ended up talking for 3 hours and he offered me a job. I agreed to work with him for 6 months, after which we would reassess and I was likely going to pack up and move out west. I ended up staying for over a dozen years.

During the course of these years I came face to face with some giant thinkers and doers all of whom are helping to push the world forward. There was Father Christopher Hartley, a priest stationed in the Dominican Republic who was working tirelessly to improve the working and living conditions of the Haitian sugarcane workers living on the bateyes [a settlement situated around a sugar mill]. There was Regina Kelly, a single mother of four who was falsely accused of dealing drugs and rather than take the plea, she against all odds fought the charges risking the possibility of going to prison where many of those in her community who had also been accused ended up. And there was Maria Gunnoe, standing on the front lines of coal country waging war against the grotesque practice of mountaintop top removal mining. And these were just a handful of the folks that we met, interviewed, and ultimately made films with – each of whom left an indelible mark on my soul and in my heart, and all of whom taught me more about the kind of person that I want to be.

KCS: What is your most memorable Salem Film Fest moment?

DL: I think my most memorable film fest moments are the ones that happen behind the scenes. One in particular that comes to mind is when one of the programming committee members came to our final committee meeting of the year dressed as the character from a doc that was in contention for the last spot in the festival line-up. Collectively we screen over a hundred films every year for approximately 35 slots. Needless to say we have to make some very difficult choices, particularly at the end of the process. Whenever he walked in to the room in character we all burst out laughing.

KCS: Which film was the most unforgettable?

DL: Gosh we screen so many incredible films. Perhaps the most memorable film for me was last year’s THE BABUSHKAS OF CHERNOBYL. I still think about those women, all that they endured and all that they represent both in terms of the resiliency of the human spirit and the power of life to go on.

My favorite documentary-watching snack hands down is blue corn tortilla strips. Of course my partner Don is allergic to corn…so don’t tell him ☺

Your secret is safe with me. And also now the entire Internet. But don’t worry–we’ve got your back.

If you see something you particularly like this weekend, maybe a film that makes you think about something a little differently, or a film that makes you feel a little bit closer to people in other parts of the world with very different experiences than your own, take a moment to leave us a note on Facebook or if you see an organizer, don’t be shy about flagging us down to tell us what you liked (or didn’t for that matter). The ultimate pay off for the selection committee members is when we get to see you, the attendees, experience these films.