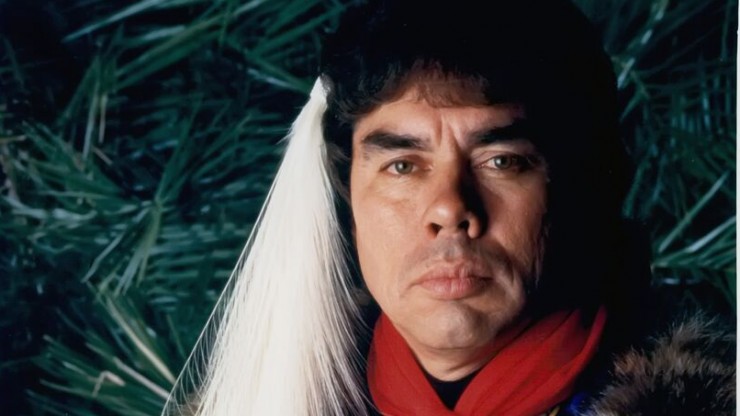 Now that WRESTLING ALLIGATORS has screened, here is the rest of of my conversation with Andrew Shea, as promised. Here he discusses an upcoming project, a recent development in the Seminole tribe’s efforts to reach an agreement with the state of Florida, as well as the origin of the film’s excellent title. Enjoy!

KCS: I noticed that you are working on a documentary called BUZZED?

AS: Yes, that’s my newest project. It’s also a documentary. That film is about the writer and journalist Buzz Bissinger who’s my oldest friend—we grew up in New York City together. The film is about me trying to understand all the changes in his life. Because he’s become a well-known writer—he’s just finishing a year that he’s spent with Caitlin Jenner because he’s collaborating with Jenner on her new memoir. So the film is about my friendship with Buzz but also about Buzz’s professional relationship with Jenner. It’s a pretty interesting story.

KCS: That does sound interesting. Maybe a good segue—I recently read on the news that Donald Trump has reversed President Obama’s mandate allowing transgender students to use the bathrooms of the gender they identify with. Can you talk a little bit about how documentaries might become even more important in this unique political climate?

AS: Sure I guess I can. I mean, I don’t teach documentary. You know, I actually came here to teach narrative filmmaking. So I’m actually working with actors. I teach an acting for filmmaking class, so in a funny way, my work on documentaries has been a little bit of a tangent in relationship to what I teach, so I don’t talk about documentary that much even though I’m making them.

KCS: I think WRESTLING ALLIGATORS does fall into that category.

KCS: Can you talk a little bit about how you became interested in that subject and how you got started on that film?

AS: Sure. This project I was actually brought into—it wasn’t my idea. I was hired to direct it by the producers in Los Angeles, Udy Epstien and James Eowan. They had the idea to make this film. Udy in particular was working with David Cordish who had had a relationship with the Seminole tribe of Florida and had developed the Hard Rock Hotels in Tampa and Hollywood, Florida. He and Udy had a series of conversations with James Billie, the former Chairman of the Seminole Tribes of Florida about a film.

I think their initial discussions were actually about a fiction film. But eventually they decided on the documentary approach. When I was brought into it the first thing I did was go down to Florida to meet with the Chairman, and it was immediately clear that this was a very rich subject for a documentary film because he’s such an extraordinary person and political leader. and he’s such a lively larger-than-life character. We use that term loosely so often in film, but I think that Chairman Billie actually does fit that description of being larger-than-life with his background as an alligator wrestler and a musician and such an extraordinary political career. So many ups and downs. I don’t know if you know or not, but he was recently ousted from the tribe yet again. This happened about two, maybe three months ago.

KCS: I did actually read that he had been ousted again. I was curious to know how you think this will affect the tribe’s ability to finally come to an agreement with the state of Florida.

AS: You know, I just don’t know. The politics of these things are kept pretty private. So I’m not privy to what’s really happening internally with the tribe. Particularly since the film was finished I haven’t been in close contact. But I don’t really know the circumstances under which the Chairman was removed. I don’t know what the motivation was and what it had to do with the negotiations with the state. But I do know that since that happened that the tribe won a major victory in court, which puts them in the driver’s seat really, in terms of a new compact.

The tribe accused the state of violating the initial 2008 compact by allowing pari-mutuel facilities to have banked card games. The court in Florida agreed with the tribe, so the tribe was relieved of its obligation to continue paying the state and because the state had breached its obligations of the compact, the tribe can actually continue to offer these card games without reaching a new agreement with the state. Now, it’s in the tribe’s interest to maintain exclusivity, so the tribe wants to have a new agreement, but they’re really in the driver’s seat.

KCS: That’s a pretty significant development. You know, as I was watching the film the first time it really struck me how fantastic the title works as a metaphor for the relationship between the Seminole tribe and the state of Florida and even the federal government. As someone who writes, I find that title-making is sometimes very simple but it can also sometimes induce a little madness. How did you come up with it, or was it something you always had in mind?

AS: I wish I could take credit for it, but that was Udy’s idea. I do think it was a stroke of genius. I think it’s a very fitting title given the relationship between the tribe and the state as you say or between the tribe and the federal government. But also given James Billie’s personal relationship to the internal battles within the tribe, and given James’s history as an alligator wrestler. So it works on so many levels.

A big thanks again to Andrew for taking the time to chat with us about his film and his upcoming projects!