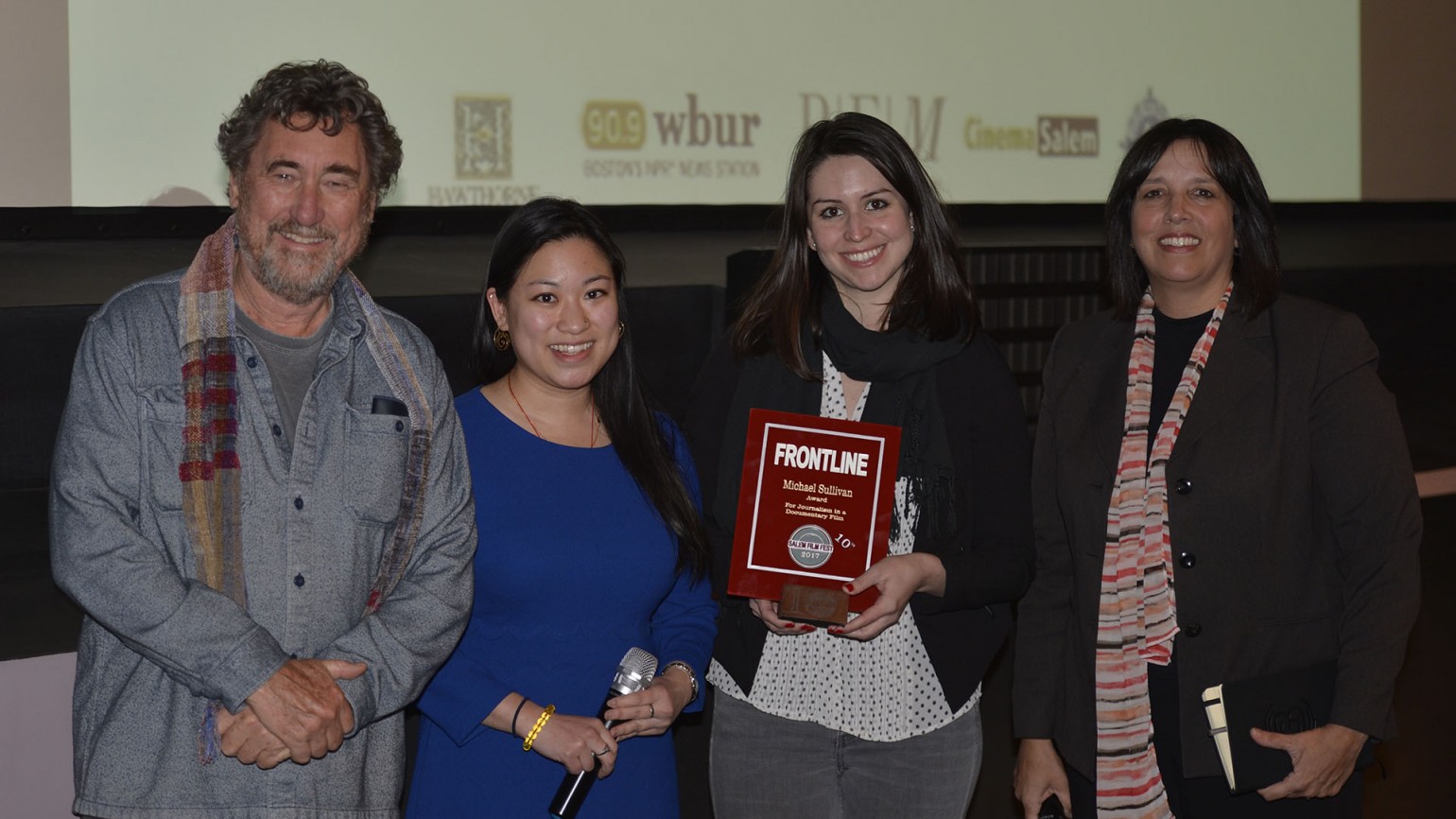 Every film shown at Salem Film Fest is an extraordinary viewing experience. The festival honors eight filmmakers with awards which represent the appreciation of our audience and jury, and recognition of achievement in different disciplines in filmmaking.  All award winners are presented original trophies created by local artists Mik Augustine, Jack Walsh, Arlene Browne, Tommy Gagnon and Richard Flynn.

AMERICAN CINEMATOGRAPHER MAGAZINE AWARD FOR CINEMATOGRAPHY
GOD KNOWS WHERE I AM cinematography by Gerardo Puglia , directed by Todd Wider and Jedd Wider

We are grateful to the distinguished members of our 2017 Jury.