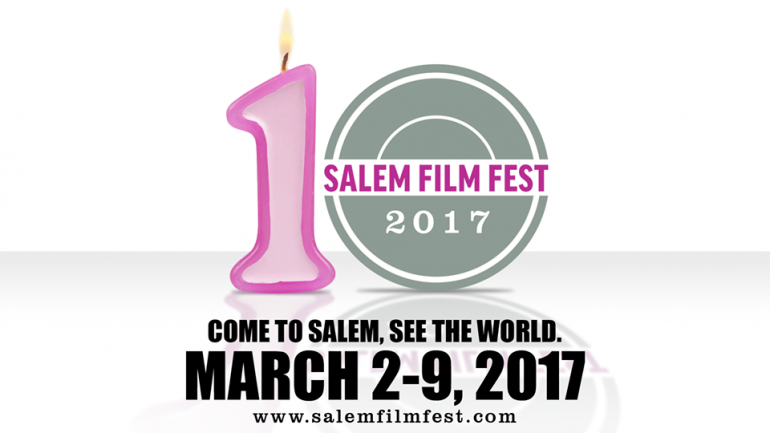 Celebrating ten years of unparalleled success, Salem Film Fest 2017 (SFF) one of the nation’s leading all-documentary film festivals, will kick off on Thursday, March 2, 2017 at 7:30 pm with an impressive Gala at the historic Hawthorne Hotel in Salem. The ticketed event opens with a catered reception and will fire up with live music and dance.

Film screenings take place March 3-9 at CinemaSalem, the Peabody Essex Museum (PEM), and the National Park Service Visitor Center. The schedule and full breadth of the week-long events can be viewed at salemfilmfest.com. Attendance at this year’s screening is easily expected to surpass last year’s record setting 6,000+ viewers.

Gala attendees receive a complimentary Salem Film Fest Tribute Magazine and Program, with photos, memories and highlights from the festival throughout the years. Music will be provided by the Boston-based Nephrok! Allstars, whose music spans several decades and many genres including Soul, R&B, Rock, and undoubtedly Funk.

Proceeds from the Gala will support an endowment for continuance of the all volunteer, nonprofit SFF. Tickets are available online at http://salemfilmfest.com/2017/gala-tickets/ and at Salem Cinema and Salem Chamber of Commerce offices on Essex Street, Salem. Tickets are $55.00 if purchased by February 23 ($75 after).

Salem Film Fest concentrates on well-told stories with strong technical elements and interesting visual approaches, letting narratives unfold that wind their way through the human experience in the USA and foreign lands. Many of the films represent a US, East Coast or regional premiere. Filmmakers are expected to be present for more than half of the screenings, giving audiences a unique advantage to learn about the documentary process.

A complete line up of films to be shown this year, accompanied by short and detailed summaries is posted at www.salemfilmfest.com where you will also find listings for filmmaker receptions and music events.

Each film provides an opportunity to immerse oneself in the encounters of others in a dramatic and sensory way, embarking upon what is different and recognizing what is common to us all. “The world is an amazing place,” is an oft worn but timely phrase. Salem Film Fest affirms that travel quote for your eyes and ears to behold. And some films may strike that ‘responsive chord’ that can change your life forever.