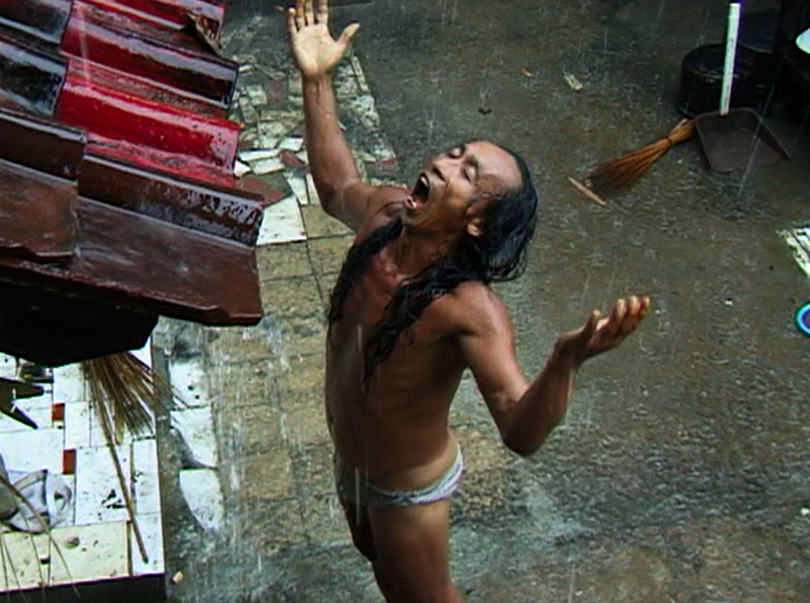 An Indonesian healer who believes he is possessed by the spirit of a leech and is seemingly able to cure the sick is the focus of director Dan McGuire’s feature documentary BALIAN (THE HEALER).

SFF audiences were first introduced to McGuire at SFF 2016 when he directed the short DUNK TANK CLOWNS. SFF program director Jeff Schmidt caught up with McGuire, ahead of his film’s screening at CinemaSalem on Sunday, March 31 at 5pm.

Jeff Schmidt: Most of the film takes place in Indonesia, how is it that you ended up traveling there and how did you come to meet Mangku Pogog?

Dan McGuire: I first went to Indonesia in 1984. I was 21 years old and I basically dropped out of college and embezzled my tuition. I bought one of those 6-stops-round-the-world plane tickets that cost $1000 back then. So I visited a bunch of countries but there was something about Indonesia that appealed to me. A couple of years later, after graduating from college, I got a grant to study shadow puppetry in Java, so I lived there for a while and learned Indonesian and some Javanese. I got in this routine of living in the USA and making money in the film industry then flying to Indonesia and staying several months until the money ran out. I did this on and off for ten years. But in 1996 I was living in the east village and saw a picture of Mangku Pogog on the cover of “Shaman’s Drum” magazine. I read Robin Lim’s article and was dumbstruck. I decided that I was going to make a documentary about him.

JS: Pogog is a lively, charismatic figure, but pretty unorthodox in his treatment of the afflicted and a bit of a wild man, did you have any hesitation in entering into a film project with him?

DM: I was afraid of saying something ignorant or dumb or coming off as a boorish western tourist. At the same time, (and it may seem cynical to note this) I knew I could get away with a lot because the Balinese are traditionally very welcoming to guests and deferential to westerners. It did come as a shock later in the shoot when I actually had some fear for my physical safety. I thought at several moments that Pogog might kick me out or kick my ass.

The longer I stayed with Pogog the more intense and fraught the situation became. But at the same time I was very much caught up in Pogog’s reality distortion field. He never betrayed any insecurity or fear. He felt that his intentions were pure, the people in the village all believed him, and he felt that the spirit that provided his healing power would protect him. And it did, for over 30 years. I bought into it, to some extent, but there were alway a lot of nagging concerns.

Going into it, I wanted to know how he got away with all this outrageous behavior.  Indonesia was a military dictatorship at the time, and you could get arrested for having a copy of Playboy magazine. On top of that, traditional Balinese religious law has all kinds of taboos associated with “dirty” or “subuh” parts of the body – the feet, for example, or the genitals. A Balinese man won’t walk under a clothesline because it might mean walking under a pair of woman’t underwear! And Balinese culture is extremely coercive. Balinese people who break the traditional religious laws risk brutal ostracism. I wanted to know why Pogog was allowed to break all the rules. 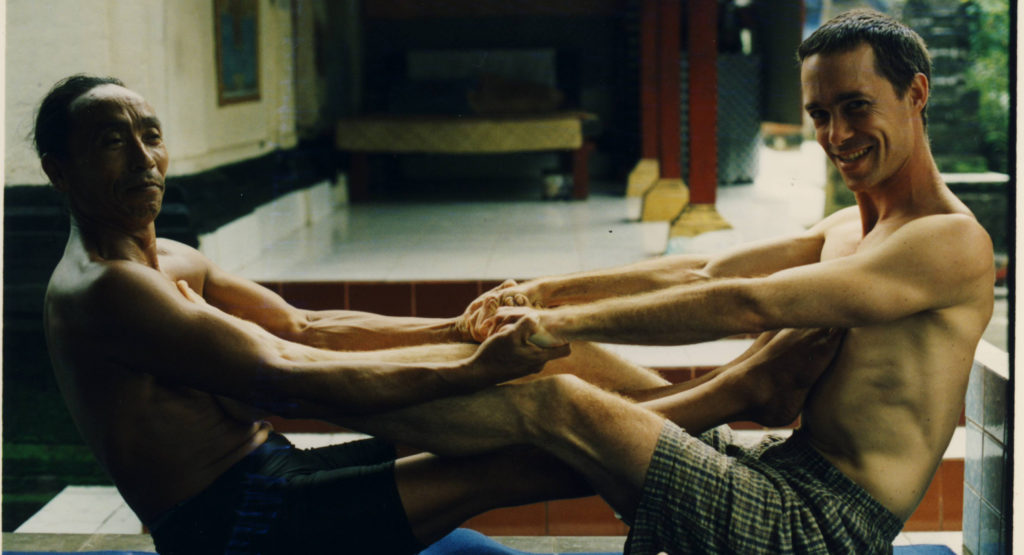 JS: This is a film you’ve been working on for 20 years, can you talk about the evolution of project? How much of the final film is actually the film you thought you would be making and how much of it changed over the years?

DM: I didn’t really know what I was doing when I started. I had the idea to make a documentary about Pogog, and I imagined it might find an audience on the Discovery Channel or National Geographic – which turned out to be completely wrong! I was aware of Anthropological films in the academic world as well as the genre of personal documentary, but I hadn’t studied it closely. And VICE News-style gonzo video journalism wasn’t a thing yet.

I just showed up in Bali, hung out, and pointed my camera at anything that seemed interesting. When I got back to the states, I didn’t really have a film. I had footage, and some scenes, but when I strung them together it wasn’t a story. It was less than the sum of the parts. So I basically pushed the paint around for years, struggling to find a way to put it together so an audience would have an approximation of the experience of being with Pogog in Bali in 1996.

It was like a code that I couldn’t crack. But I kept going back to Bali to get additional footage and try turn this “footage” into a Story. When I went back to Indonesia in 2014 and Pogog’s son gave me a video of Pogog’s cremation ceremony, I knew I had an ending. I know that sounds a bit callous, but there it is. The arc of the story became tangible, and I jumped back into the project.

I was very fortunate to meet Rachel Clark, who is a great editor and collaborator. She edited a number of great documentaries like FAMILY AFFAIR (SFF 2018 alum Chico Colvard BLACK MEMORABILIA) that tackles provocative material. This film never would have been made without Rachel.

I also took the project to graduate school at the Vermont College of Fine Arts. My first advisor was Nina Davenport, who is a master of the personal documentary. She was the person who forced me to put myself in the film and narrate the story, and she helped me get over that particular set of hurdles. I learned a lot from her. There were a lot of other people on the way who were helpful and supportive, my wife Injil Abu Bakar being number 1.

So the film ended up being very different than I originally intended. But the 30 year old who started the project was a different person than the  52 year old who finished it. That, along with Pogog’s rise and fall, is one of the story arcs.

JS: A lot of the film is comprised of footage you shot long ago.  In revisiting the video tapes as you began editing the film with Rachel Clark, were you surprised by any of footage you had filmed, had you forgotten any of the time you had spent filming?

DM: I have a pretty good visual memory. I remember what I shoot, though sometimes the footage it is better or worse (for the purposes of the film) than I remembered. There were a couple of instances where we ran into a block in the edit room. Sometimes I would go back to my logs and transcripts and find a shot or a line of dialogue that solved the problem. There are moments in the footage I would like to forget – like when I asked a dumb or insensitive question. 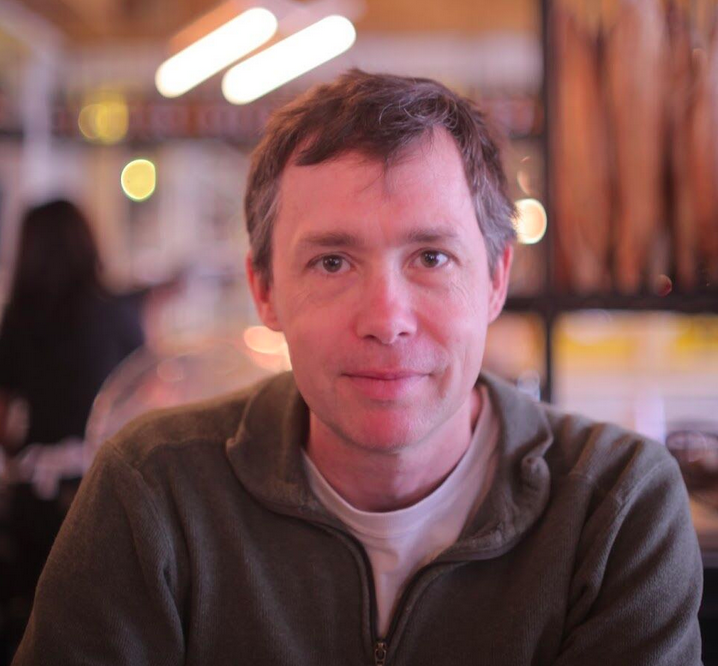 JS: As you’ve viewed the footage over the years, has your perception of what you filmed changed with the passage of time?

DM: I look at the footage and sometimes I’m quite pleased with myself. I think “That’s a great shot”. Other times I want to throttle the cameraman and yell “Why didn’t you get other angles?” “Why didn’t you hold that shot!”. I certainly wish I could go back in time with some prime lenses and a 4k camera! I think this footage was taken at a moment in time just before iphones and instagram and gopros made digital images ubiquitous. I always thought that what Pogog was doing was important, though it took a long time to figure out why, and a longer time to figure out how to articulate my ideas, and even longer to sequence and contextualize the images and communicate these ideas to a general audience.

JS: It’s not easy making a film at all, but it can be even more difficult when you must insert yourself into the narrative, as it can be hard to stay objective.  How do you walk the line between making a film for a wide audience, rather than ending up with a really expensive “home movie?”

DM: You need a good, simpatico editor. Someone who puts the audience first. I had cameraman’s bias, which means I was in love with my own footage. As an editor, I could rough out scenes, but Rachel had the objectivity, taste and technical skills I lacked. Paradoxically, she sometimes seized on shots that meant nothing to me and say “This is amazing!”. In some cases, I was jaded to the material and couldn’t see its value. Rachel would explain that a particular shot had to go in because the audience needed it, perhaps as a release, or for pacing purposes, or whatever. It can be long process to emotionally and intellectually disengage from footage you’ve shot and see it objectively. A story has to unfold with a kind of momentum. If it doesn’t move the story forward, cut it. What the cameraman experienced and photographed doesn’t matter to an audience.

JS: If you could step back in a time machine and talk to your younger self about your film journey, what would you say?

DM: Value your own work enough to backup your footage and have a good archiving system!

Some stories may take longer than you think. Find good collaborators. They are out there somewhere. Get feedback from smart people. Trust your instincts. Don’t take no for an answer. Keep shooting. It’s easier to ask for forgiveness than ask for permission.

Tickets are on sale now for BALIAN (THE HEALER) and can be purchased online at https://salemfilmfest.com/2019/movies/balian-the-healer/

Dan McGuire and Dr. Injil Abu Bakar will be present for a Q&A after the film screening. 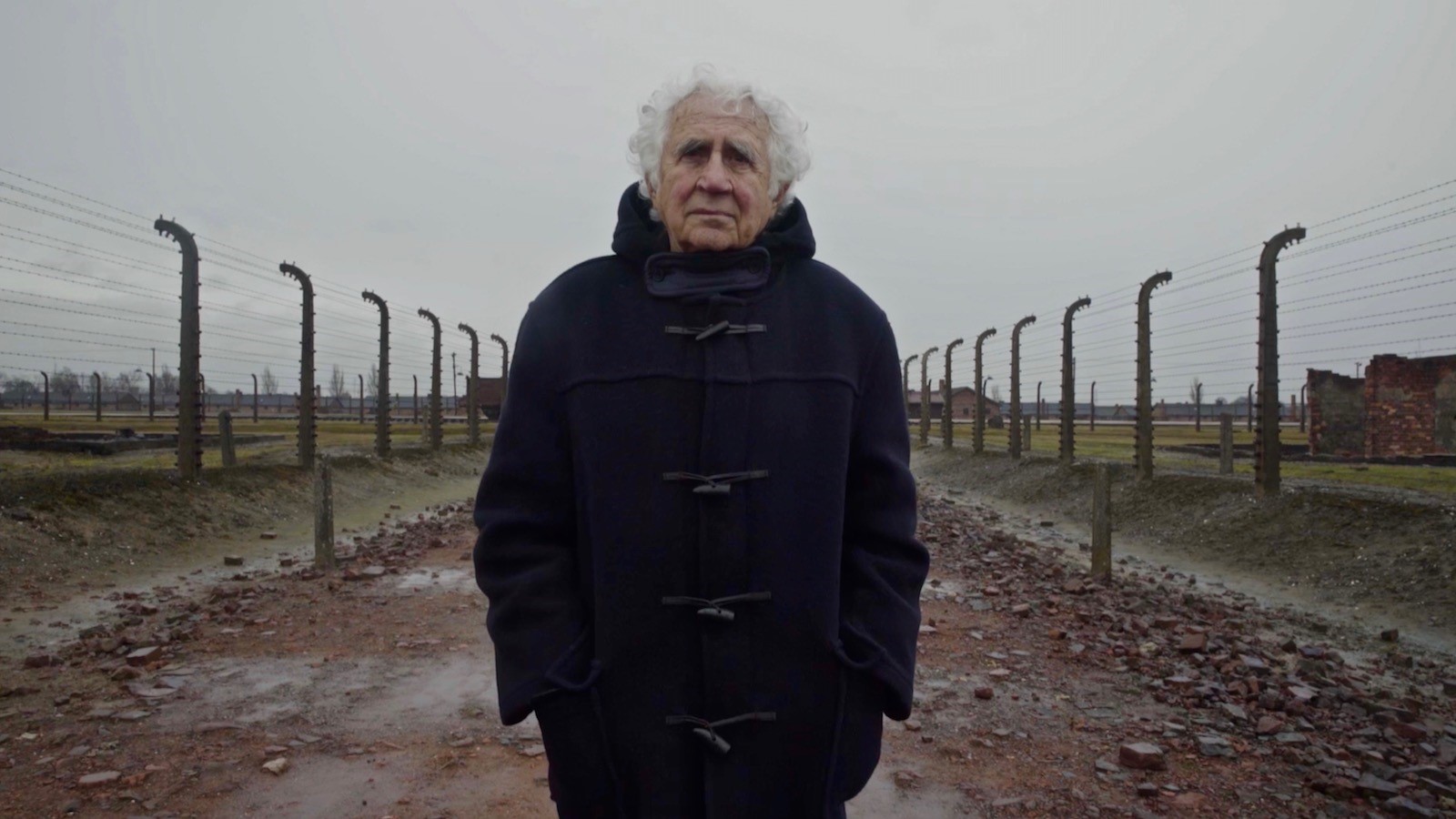 This article originally appeared in the Jewish Journal and is reprinted with permission. by Shelley Sackett – March 22,... 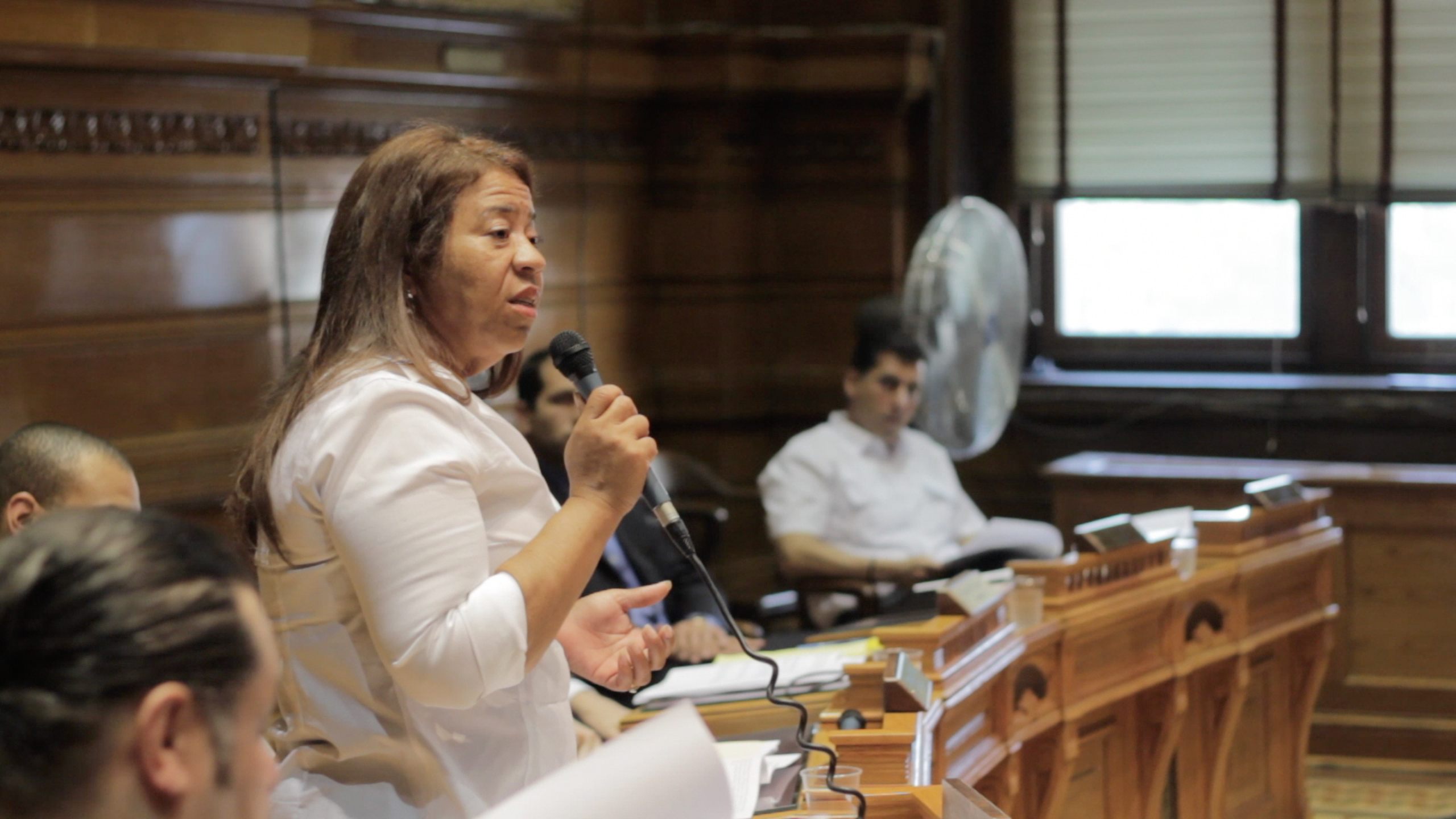