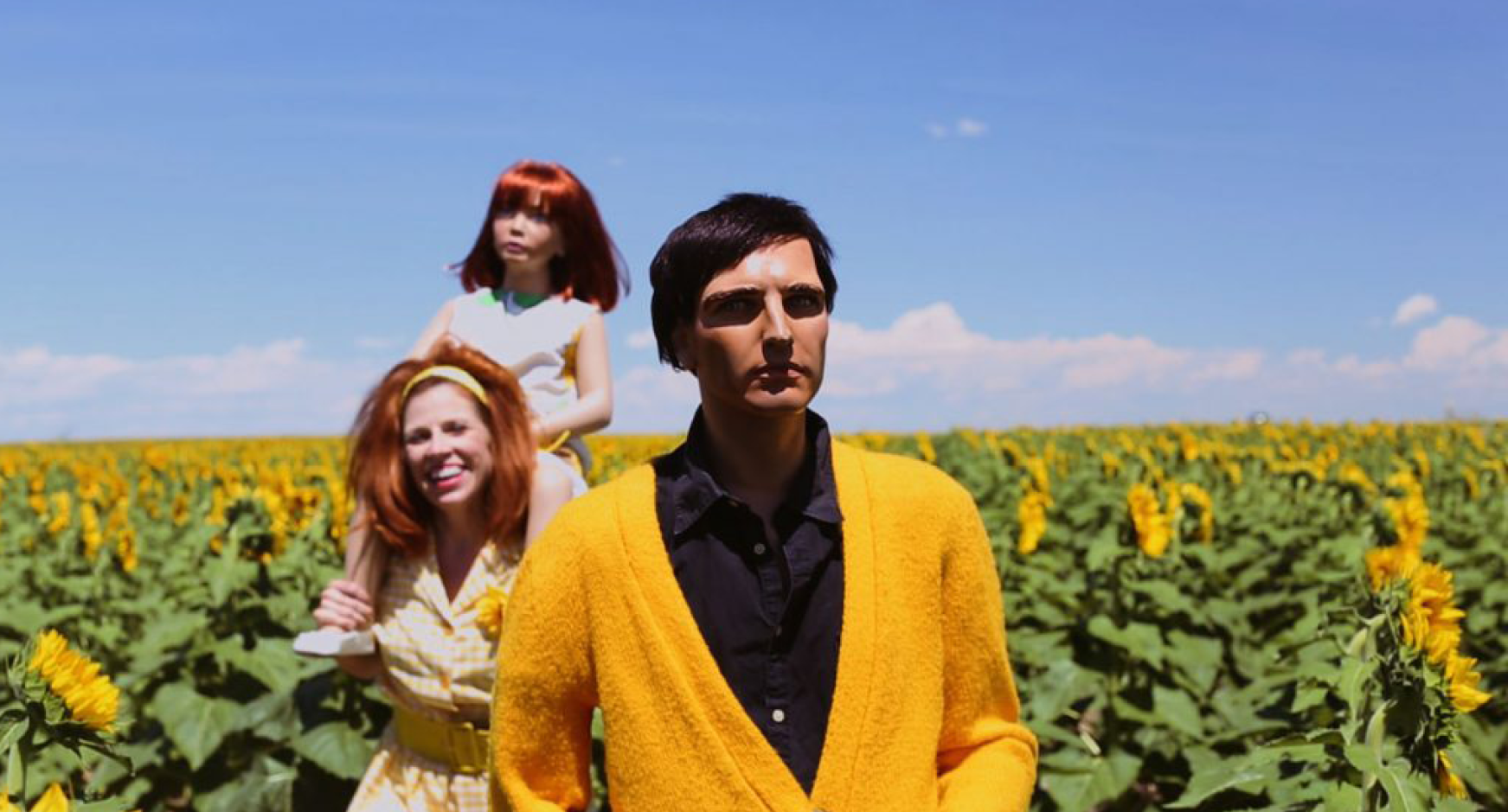 In IMITATING LIFE: THE AUDACITY OF SUZANNE HEINTZ, director Karen Whitehead follows Suzanne Heintz, a “loud-mouthed” girl from Yonkers, who embarks on a strange and entertaining 15-year global photographic crusade to challenge persisting stereotypes about women’s roles and lives. With her provocative eye, sharp sense of humor, and feminist’s soul, Heintz creates glamorous portraits of mid-20th century domestic bliss by placing herself at the center of scenes where she is the perfect wife and mother of a meticulously dressed mannequin family. When social media catapults interest in work, Heintz’s resilience is put to the test.

SFF Selection Committee member Shelley Sackett caught up with the director of the film, Karen Whitehead ahead of the film being available to watch during Week 2 (Friday, July 17 – Thursday, July 23) of our virtual Salem Film Fest.

Shelley Sackett: How did the idea for IMITATING LIFE first start?

Karen Whitehead: I met Suzanne Heintz when we were both asked to participate in a film festival panel about women artists as “change-makers” called “She Crossed the Line.” This followed the Denver screening of my documentary, HER AIM IS TRUE , a film that revealed the hidden story of rock n roll photography pioneer Jini Dellaccio. Heintz’s first short film about her Paris photo shoots with mannequin family props in tow was screening at the same film festival. As we discussed our work and excitement about using photography and film to address women’s roles and portrayals behind and in front of the camera, we found much common ground.  Soon afterwards, I was plotting the creative strands with my producing partner, Katherine Wilkins De Francis, for a documentary around Heintz’s surprising journey in art activism. From the start, we both felt this was access that takes the audience somewhere other than the usual artist profile. 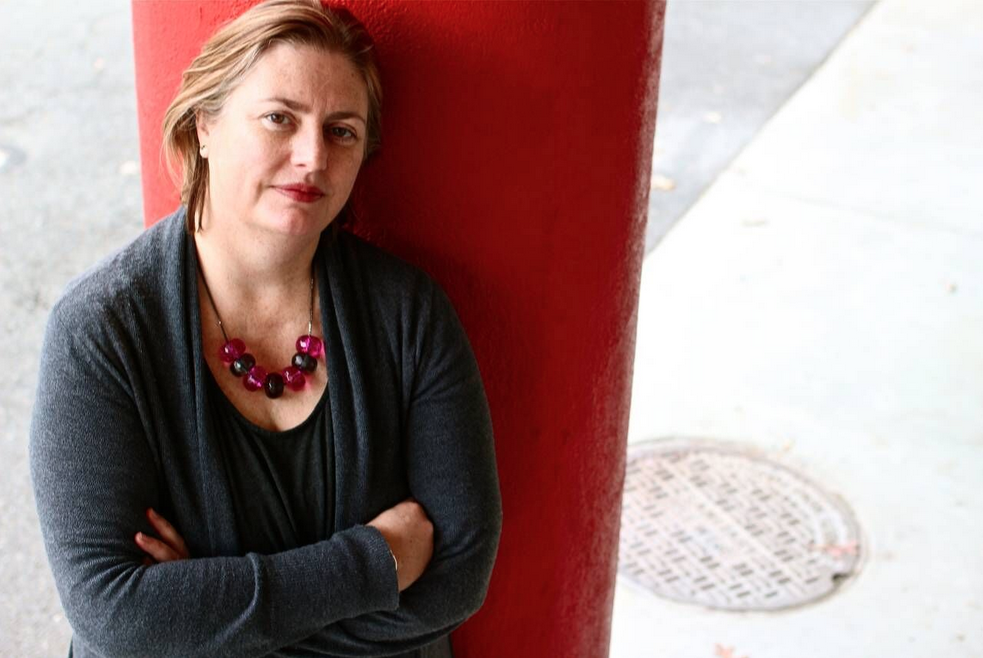 KW: The entire film evolved around our incredible access to Heintz’s archive and personal footage spanning more than 15 years of surreal self-portraiture. That was the first critical layer for us – to be flies on the wall of Heintz’s photographic crusade and bring the audience into Heintz’s process. We asked Heintz to make additional video diaries for us that would delve a bit deeper into her life’s work and her personal challenges around it. This is because from early into the film, it was evident to us that the lines between her life and her art were blurring. All the struggles and frustrations Heintz had to navigate as she pursued her life’s work amidst viral social media waves, and how that impacted her life, work and relationships were important to document. Heintz remarked she did all her thinking when she was driving to work – so  this gave us an opportunity to collect some off- the-cuff, very real moments with Suzanne: for example, when she stuck her smartphone to her car dashboard and gave us some “dashboard confessionals” as she put it!

Combined with our more traditional documentary production shoots –  adding interviews with family and friends, filming around Suzanne’s home, observing her in production mode on a big photo shoot such as the one we followed for her New York “To Die For” holiday card and treks further afield such as London – we were able to keep building this intimate portrait of an unusual artist, one who is very much outside the mainframe of the art world.

Obviously, along the way over a multi-year project like this, life happens and we adjust our focus. Situations developed that led us off into some different chapters, if you like. But I don’t think our overall storytelling vision for this film changed. We did not know when we started exactly where we would conclude the film—as is the nature of documentary filmmaking—but framing the structure of the film around the progression of Suzanne’s holiday cards was key. I think we ended where we intended to, giving audiences unprecedented access into one ordinary woman and her funny yet serious act of defiance! 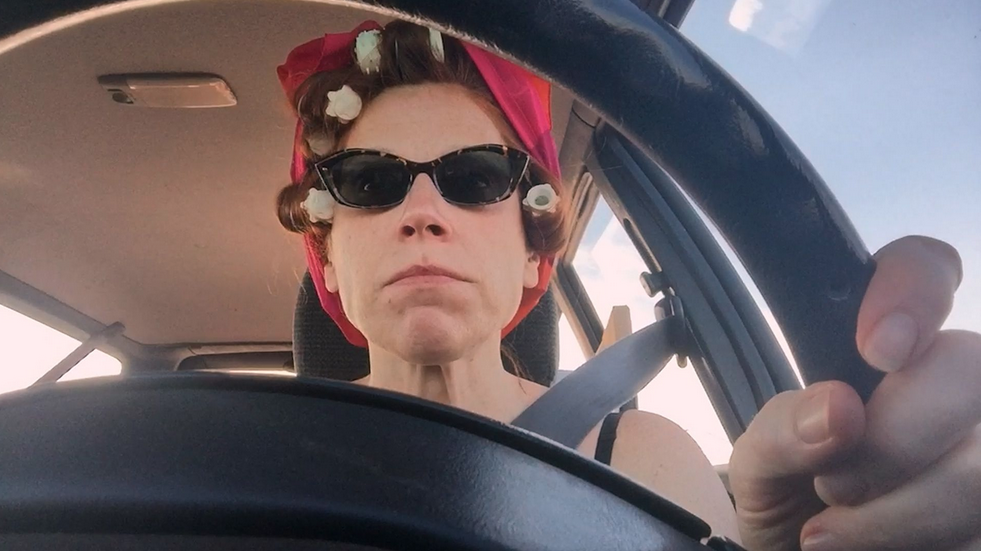 SS: What was the biggest challenge in making this film? The biggest reward?

KW: For all indie filmmakers, the constant challenge during production is the dual task of fundraising and storytelling at the same time, including finding innovative ways to keep the documentary going despite gaps in funding. We definitely took a lesson out of Suzanne Heintz’s own book, re: keep on moving forward, with resilience and endurance!

Related to this, working on a project that is very much outside the mainstream without celebrity content to draw attention to it  or a major production partner such as Amazon or HBO, requires a Herculean effort in terms of building support for something that is quirky, off beat  and maybe hard for people to totally get until you are at the finish line with your film festival trailer!

But the biggest reward is sitting in the back of a sold out screening, such as our world premiere at DOC NYC, and witnessing  the sheer enjoyment and engaged reaction from the audience during the screening and afterwards, at our Q & A. This experience showed Katherine and me that we had created something thought-provoking and relevant for our times.

On a minor note, concerning the filmmaking challenge itself—i.e. crafting this film in the editing process which involved juggling a huge amount of material we had amassed—it was extremely challenging to achieve a balance in the final film between video diaries and the intensity of life & art interactions for Heintz over an almost two decade stretch. Given the reaction we have garnered so far, I think we found the right balance!

SS: As a documentary filmmaker, what motivates and inspires you?

KW: For me it is about telling a good story, one that draws the audience in and takes them somewhere different than they expected. I love capturing off guard, fun moments, as well as the raw, candid footage—especially now that camera technology and production gear has advanced so much in this field. Being able to access and create a more intimate feel in the storytelling process is an invaluable tool.

Generally, I am motivated by filmmaking that invites us into ordinary lives, untold stories, and particularly women’s experiences that have been very much under the radar, hidden from mainstream media and history. 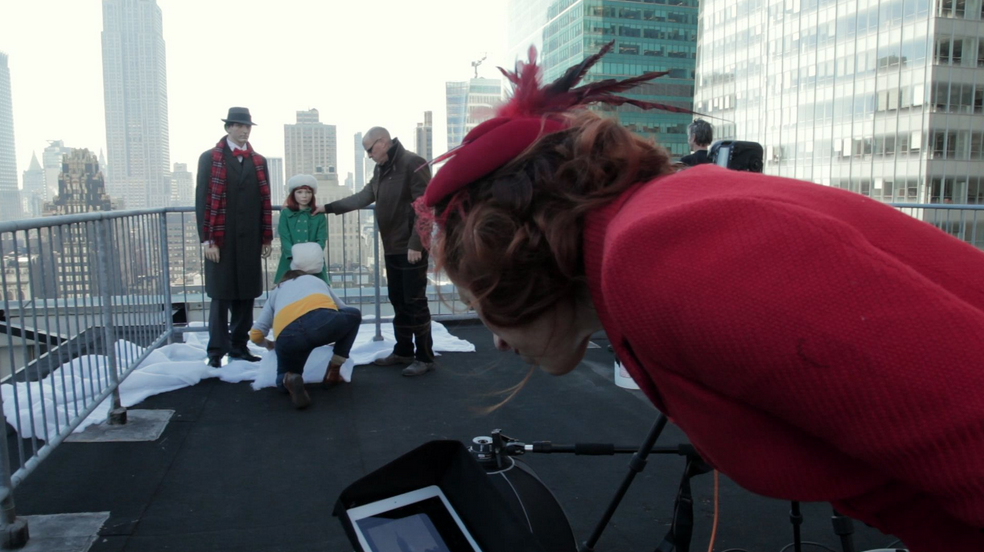 KW: We have recently enjoyed sold out screenings at our world premiere at DOC NYC in New York. Audience members came up to us after the Q & As to say how much they were blown away by Suzanne’s story and the film. Here’s a few comments we have had so far:

“An interesting and entertaining look into the life of a truly fascinating woman. “

“A unique combination of comedy and drama.”

“I love that she says, ‘I feel I have to be extra loud to be heard!’ Pretty accurate!!  It’s brilliant.”

KW: There’s the obvious: that conducting film shoots with mannequins is really hard work and not for the faint-hearted, and that having a good sense of humor as filmmaker and subject really helps!

But seriously—I think there are several things to say here about messaging, not least of which is having one hell of a gutsy, fearless woman at its center. We need to keep telling more stories like Suzanne’s, and get them into the mainstream. This connects back to why we were drawn to Heintz’s work in the first place and the issues that are raised in the course of our film, from persisting stereotypes about women’s roles to the impact of social media in our daily lives. Perhaps viewers will find Suzanne’s story an inspiring one about being true to oneself, although she is an extreme example of this.

I hope there is something here that deeply resonates with viewers about situations they encounter in their own lives. Our film is about much more than the difficulties of mannequin wrangling in New York, Paris and London.  But what viewers get out of it in the end is entirely in their hands. We made the film, and now it belongs to audiences to respond to it as they want. 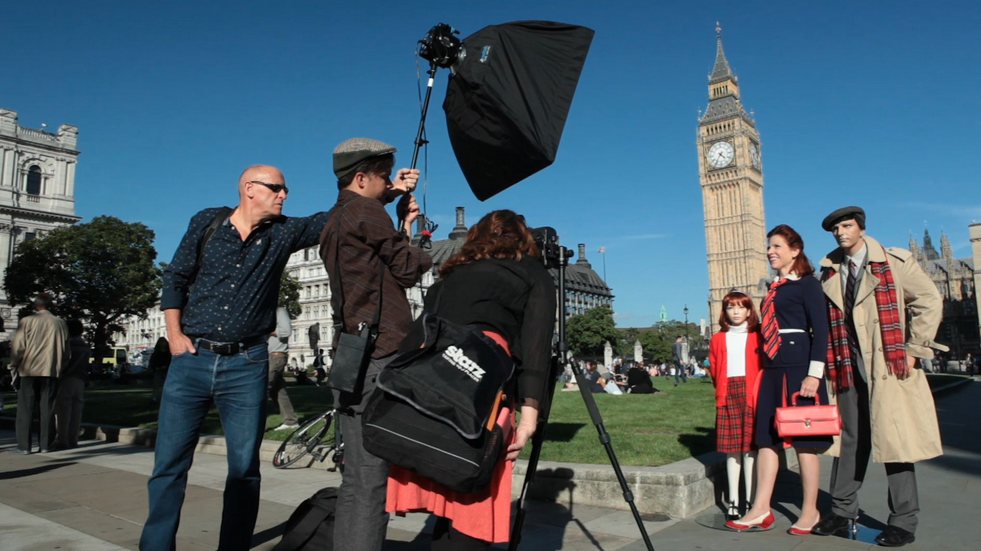 KW: For me, the art of documentary filmmaking is telling an engaging true story. Drawing an audience in might lead them to think more deeply about something in their own lives, community or wider society. I think it can be as gripping as any work of fiction, and is often more powerful – like a catalyst for social change.  Documentary films have the same value to me as investigative journalism. We need them both very much! A documentary can have an unmeasurable impact on how we explore our world, live our lives and the choices we make. When I am behind the camera, on this journey with my film subject, I don’t know exactly where we might end up. All sorts of situations are continually unfolding in front of the camera, at all times in the process. But I am always asking myself: “What do I want the audience to feel here? What questions does this provoke?” It is a very transformative process and I love it because it is truth-seeking in its purist form.

SS: What’s next for you?

KW: My producing partner on IMITATING LIFE, Katherine Wilkins De Francis and I have a couple of film projects in development. One of them is a unique story about an underserved, underemployed and sadly often segregated community of young adults who are on a mission to radically change the way the world sees their neurodiversity and intellectual “disabilities”.

KW: We hope audiences will share the film: discuss it within their personal networks and encourage others to discover Suzanne Heintz’s work. Indie documentaries like this depend on having a strong connection with film festival audiences -word of mouth recommendations help us connect to more screenings and distribution chances… we have no Hollywood-type PR machine behind us! It definitely helps to re-post about the film on places like Facebook and Instagram and to share photos of attending festival screenings, tagging the film. This is how we reach new audiences. Please follow us on our Facebook and Instagram accounts, too.

IMITATING LIFE: THE AUDACITY OF SUZANNE HEINTZ screens in Week 2 of our virtual Salem Film Fest and tickets may be purchased here. 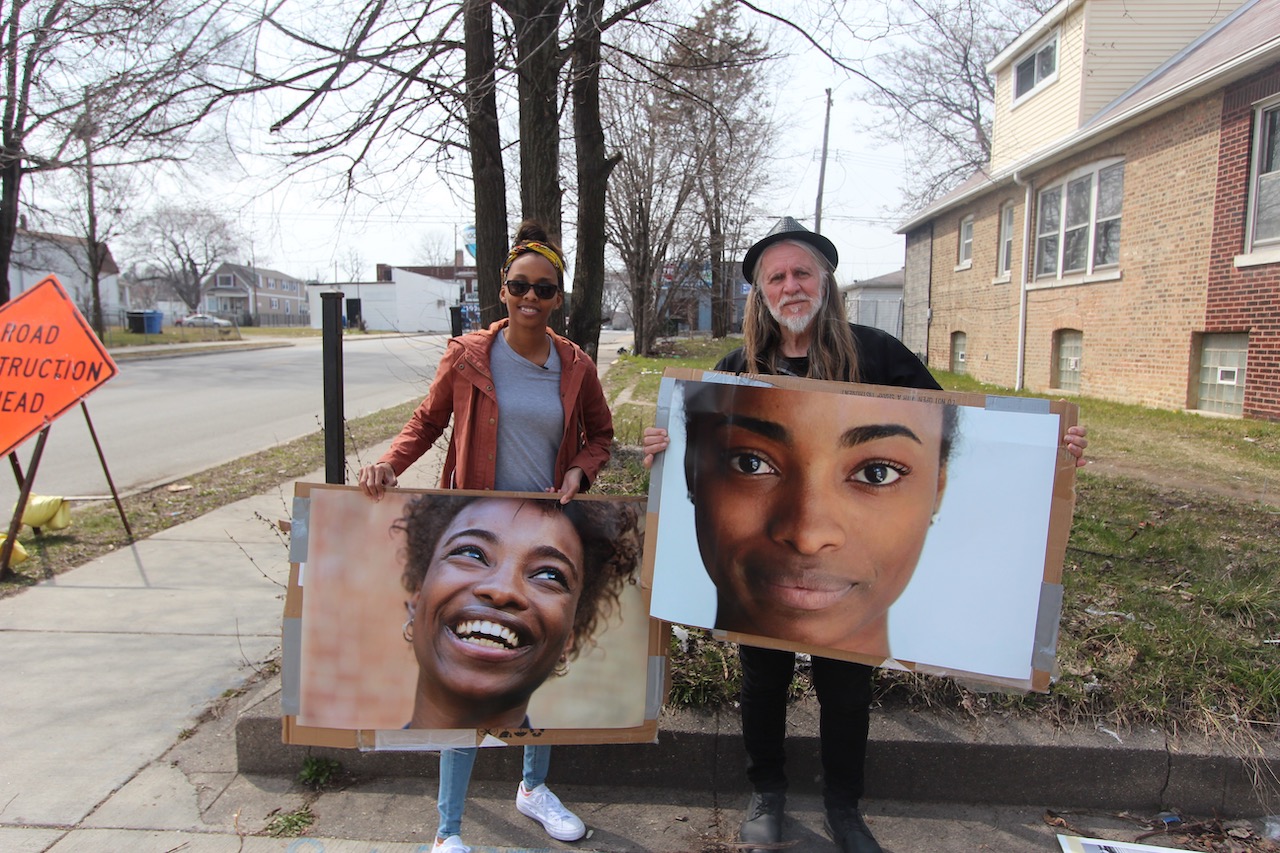 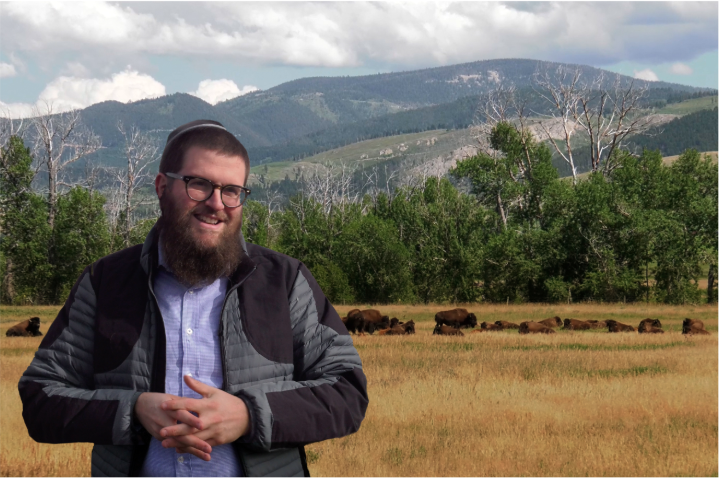