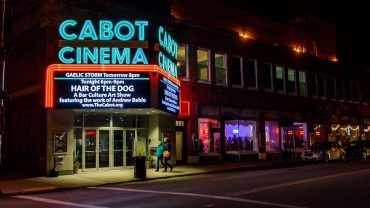 The Cabot is a North Shore treasure, having been a fixture of downtown Beverly for more than 35 years.  The theater primarily shows independent and foreign films, and as well as live performances.  No ordinary building, The Cabot is a rare survivor. Only about 250 similar movie palaces still exist out of an estimated 20,000 theaters built in the 1920s. The Cabot is an elegant, 1920s-era building, which is ornate and appointed, giving customers the experience of viewing films in a truly cultured environment.