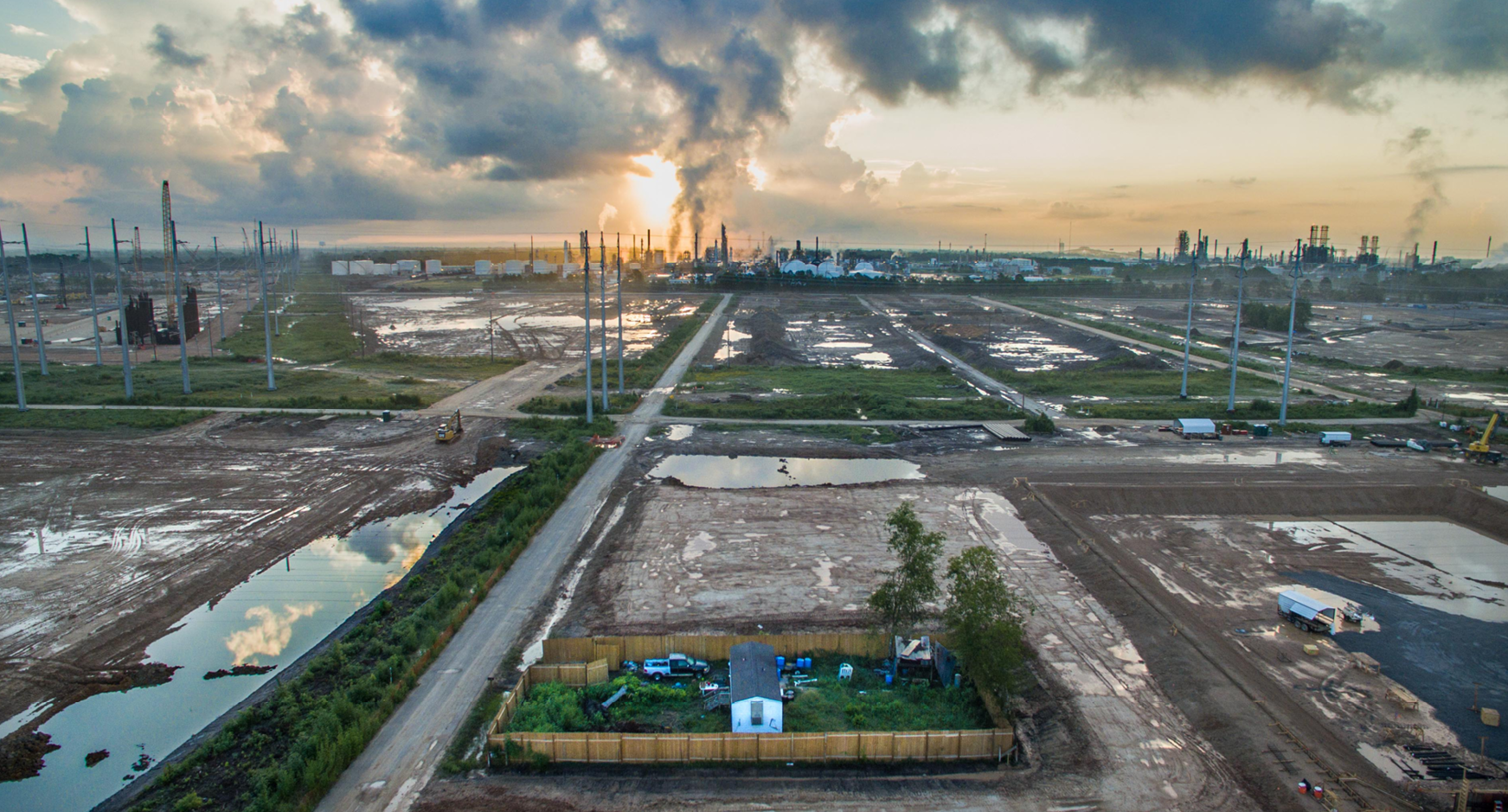 Mossville, Louisiana, was a community rich in natural resources and history; a town founded by formerly enslaved people, where neighbors lived in harmony, insulated from the horrors of Jim Crow. Today, surrounded by 14 petrochemical plants and the future site of an apartheid-born South African $21.2 billion plant, Mossville is a shadow of its former self. Stacey Ryan, who promised his dying parents to fight the sprawling chemical plants whose pollution killed them, refuses to leave his ancestral home. How long can he keep that promise in an increasingly dangerous chemical war zone?

“Mossville captures the devastation of the destruction of a community with grace and empathy and has a message that will reverberate across generations.”
BRWC

“A sad and uncommonly stunning exploration of environmental racism and the adverse effects of industrialization on fenceline communities.”
Anti-Gravity

“A nightmarish landscape is the battleground for Stacey’s defiant spirit, as he’s forced to choose between a better life for his son and fighting to preserve his ancestors’ legacy.”
Planet in Focus